What it takes to keep your phone ringing

For most of us, the first thing we do when we wake up is check our phones. Did we get new Facebook likes, or did the night bring a new Twitter follower? Did that long awaited email come in? What is happening around us? How is traffic?

We may rely on those notifications for the answers to any of these questions, but we rarely give a thought to how exactly network signals get to our devices.

Simon Kimchong’s day begins much like that of the rest of us, by checking his phone when he wakes up at 6a.m. As a network engineer at Safaricom, the first thing he ensures is that there is a working network signal on his phone. Wednesday 30th August, 2017 seemed like any other day for Kimchong.

After seeing off his children to school, he checked his emails to know the status of the different base stations under his watch. By assessing indicators such as availability, unavailability, packet drops, transmission data, alarm, generator data, and quality data, Kimchong can then plan his day.

Looking at his mails on this particular Wednesday, Kimchong determined that his first stop would be a site near Kitale to refuel a base station. 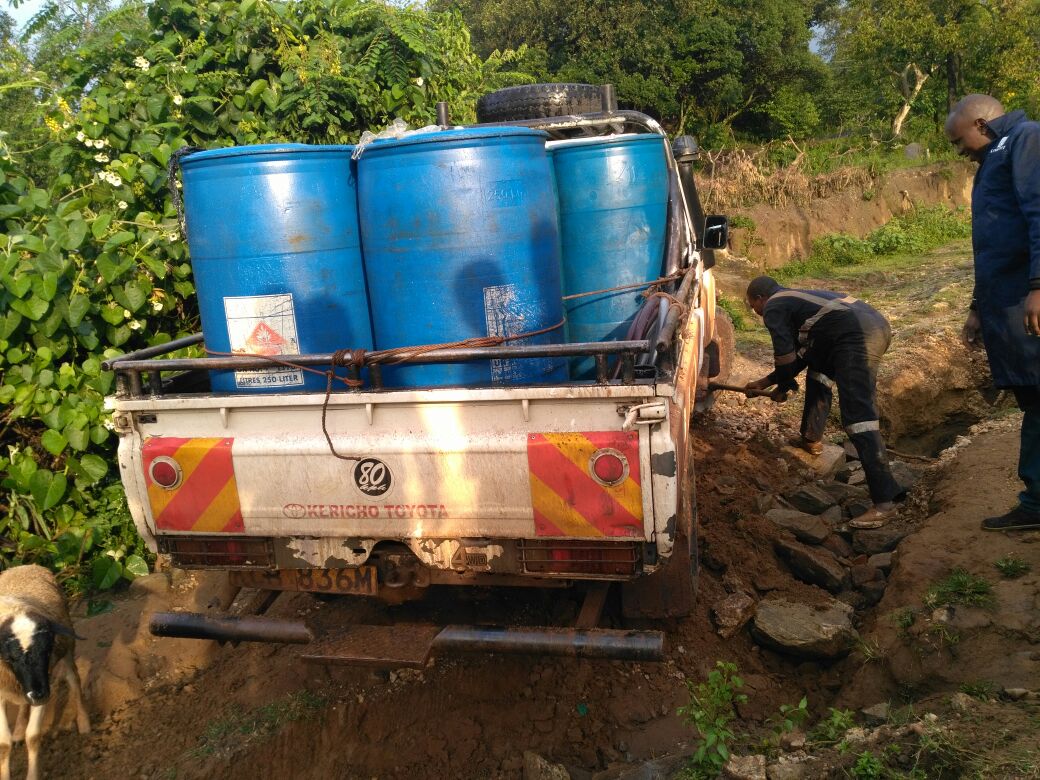 Simon Kimchong ferrying diesel to the base station near Kitale.

This would take a few hours. However, nature had other plans. With ongoing rains, the road was impassable. The elements had conspired in such a manner that even vehicle hauling 1,500 litres of diesel up the hill soon found its match and got stuck in a trench.

It took a few hours for the engineer and his team to wedge the vehicle and its load out of a trench. Their efforts only provided temporary relief as the vehicle soon got stuck not once, but twice more, and this time, in mud.

By this time, it became apparent that it would take more than a small team to fight it up the hill. Engineer Kimchong then turned to the community for help. With farming being the prevalent economic activity in Kitale, it did not take long before a tractor was sourced to pull the vehicle from the mud.

As darkness set in, 1,500 litres of diesel was finally delivered on the hill top and the site was refueled. What was supposed to have been a quick task had turned out to be an entire day’s affair, and were it not for the community coming in, it would have also proved to be an impossible affair.

Next time you see the familiar five Safaricom network bars on your phone, think of them as a reminder that more often than not, it takes a community to keep the connections going. Engineer Kimchong is driven by the desire to place Safaricom customers at the heart of what he does best. His loved ones too keep him going.

Here’s how you can study for free online

At JKIA, a robot in the corridor joins the Covid-19 fight