For these learners, the world is just a click away

Although the advent of the internet made the world small enough to fit in the crevices of a closed fist, there still exists populations that cannot imagine a world beyond their villages. And in these villages exist schools whose pupils cannot see a world beyond the four walls of their classrooms and as a result, their dreams and hopes are inspired with only what their eyes can see.

In 2013, the Kenyan government launched an ambitious plan to equip every public primary school with laptops. This was out of the realisation that the growing technological advances not only define our world but will be instrumental in shaping our future.

The programme targeted Class One learners in a bid to integrate the use of digital technologies in learning.

In 2015, Safaricom, through its Technology Division and Safaricom Foundation, came up with an ambitious plan to build at least one computer lab in a public primary school in each of the 47 counties. The project is known as 47 in 1.

“As a leading technology company in the country, we are keen on promoting use of technology in schools to ensure the youth we release into the job market are competitive globally,” Safaricom CEO Bob Collymore said at the launch of the project in 2015. 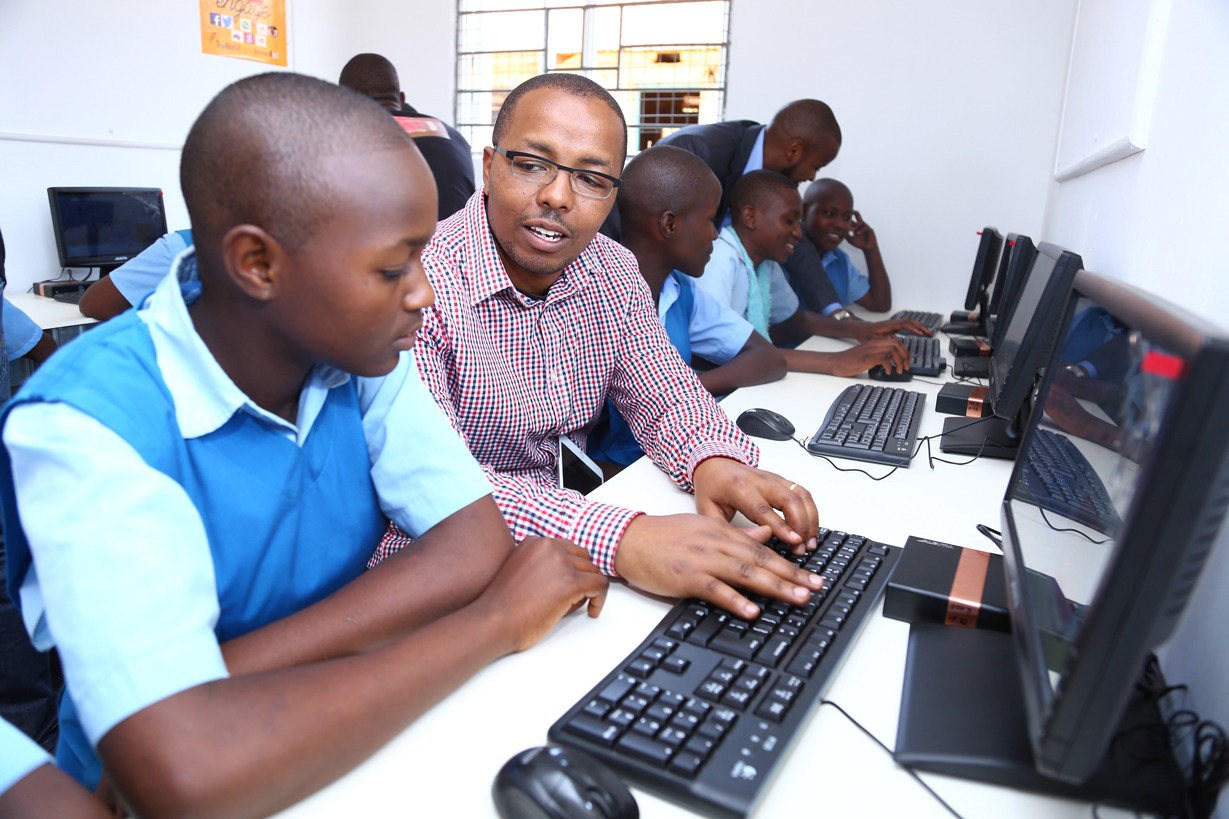 Today, through a series of well thought out partnerships with schools in different parts of the country, 16 counties already have one institution connected through the 47 in1 initiative. The rest are set to join this select group.

“This is part of our commitment to boost the learning of ICT in primary schools and realise Safaricom’s vision of transforming lives,” Safaricom Director of Technology Thibaud Rerolle said.

Angela Musyoki, a pupil at Kingoti Primary School, said that the ICT project has opened up new opportunities.

“The computer lab has helped me learn about the capital cities of different countries, their flags and some of their prominent leaders. I now know I will achieve all my dreams in the future,” she said.

Another student, Kevin Kaloki says thanks to the lab, he has now learnt about the human respiratory system.”

To ensure success of the project, 47 groups – one group for each county- consisting of 14 members were formed. The teams identified the beneficiary schools, which were then vetted by teams working within Safaricom to ensure they met the set criteria.

The entire project is estimated to cost Sh85 million which will be raised through the county teams and corporate partnerships. The county teams raise funds through fundraising models like the involvement of the parents as well as sale of merchandise to well-wishers.

The cost of one centre is about Sh1.6 million. The challenge for the parents is to raise half the amount and Safaricom puts up the rest of the money.  “We decided those among us who were able would contribute Sh5,000 and the rest would contribute Sh1,000,” Peter Kioko a parent in Kingoti Primary School said.

“The computer lab we are deploying is a prefabricated unit with 10 machines and a teacher training kit,” Josephine Ndambuki, a member of the 47 in 1 Central Committee said. “This solution allows a client-server situation where the teacher controls all the units and can allow at least 20 students because one computer can be shared by two students,” she says.

This, Kevin Odinga Otieno, the Siaya County 47 in 1 captain, gives parents a sense of ownership for the project.

“When our children go home, they tell their neighbours or their cousins about how they have progressed in computer skills. At the beginning of every new term, we get new students enrolling for the programme,” said Peter Muia, the school’s head teacher. 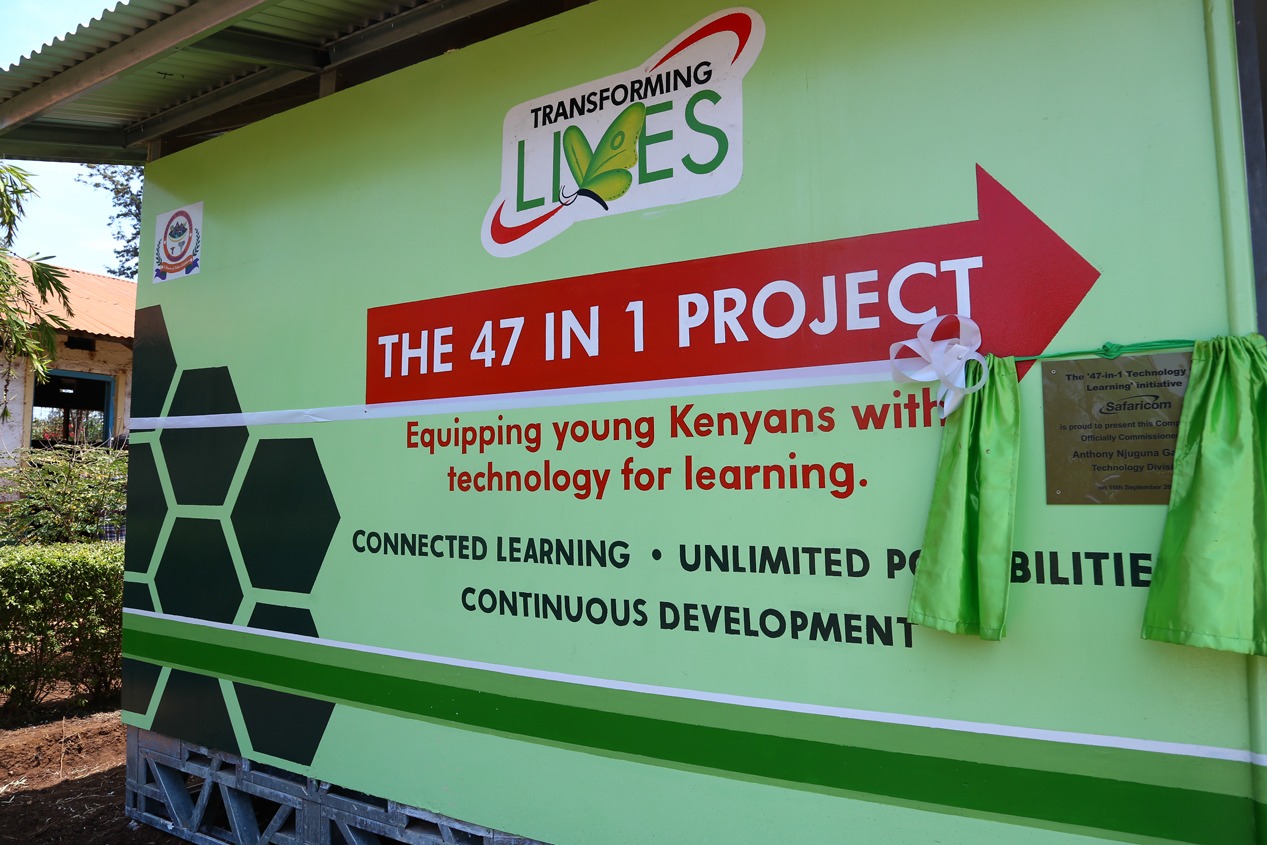 Each of the schools will benefit from a solar powered computer lab equipped with 11 new computers, networked and run on free software. To ensure sustainability of the project, Safaricom is working with communities to impart skills to the teachers.

For Safaricom, 47 in 1 ties well with its core beliefs.

“Our overarching goal at Safaricom is to transform lives. This is engraved in everything we do; be it our corporate social investment initiatives or our products,” Collymore said.

For Kevin and Angela, the transformation is already on.

Collymore: a room maker that gave women a voice at the table