The trio from Eastlands announced their entry into the music scene with rap that anybody from outside that part of Nairobi needed to listen to with a pen, paper and translator at hand. They are inspiring a lot of other youth.

If you are reading this from anywhere else other than Nairobi, you probably had to read the last two words of the title slowly.

You probably still don’t know what those words mean.

Mbogi Genje, is the unconventional group that shot to fame last year, through the songs Ngumi Mbwegze and Kidungi, which thrilled fans with their catchy tunes, style and deep sheng (Swahili-English slang) lyrics that many could not understand. 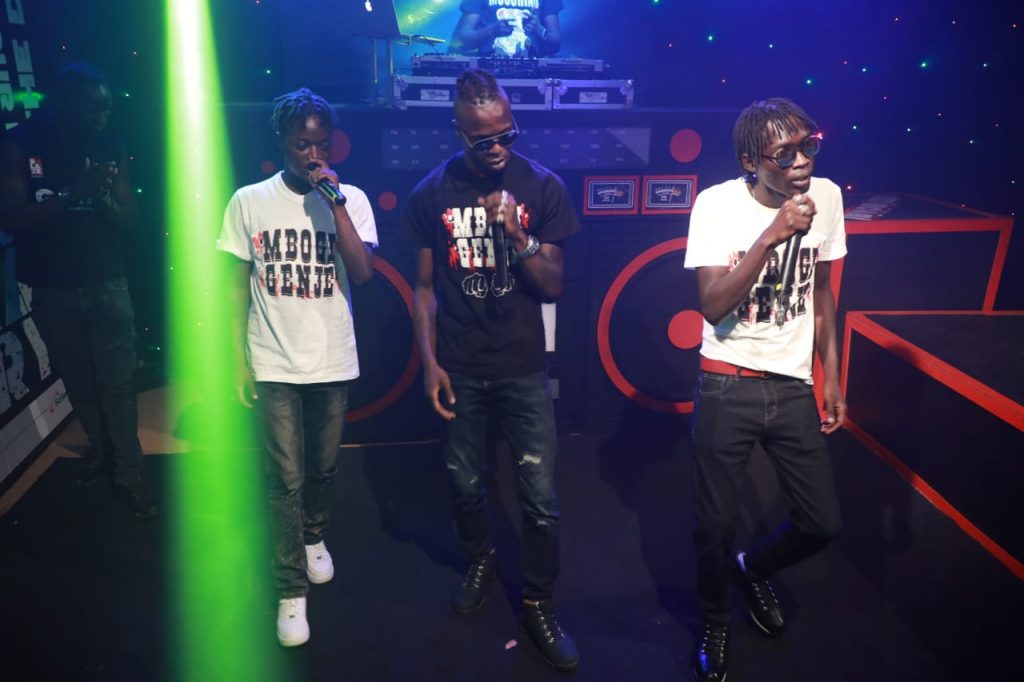 Mbogi Genje, the new kids on the block causing a ripple in the music industry.

But if you listen to Gengetone, an urban musical style that is currently so popular among the youth and was inspired by Genge which was all the rage in the early 2000s, you probably have come across Mbogi Genje.

And, few Kenyan musicians have had the opportunity to shake up the current Kenyan music scene the way the trio that makes up Mbogi Genje have.

Their style of music, is a mishmash of sheng, Gengetone, Dancehall and now, Shengmaster, a genre they claim to have invented.

The three lyrical sheng masters—Militan Govana, Smady Tingz and Guzman Teddy—have been producing music that have people trying to figure out what they are saying. But not everyone is lost when they speak, or in their case rap and sing, as their massive fans are composed of young people that get them. 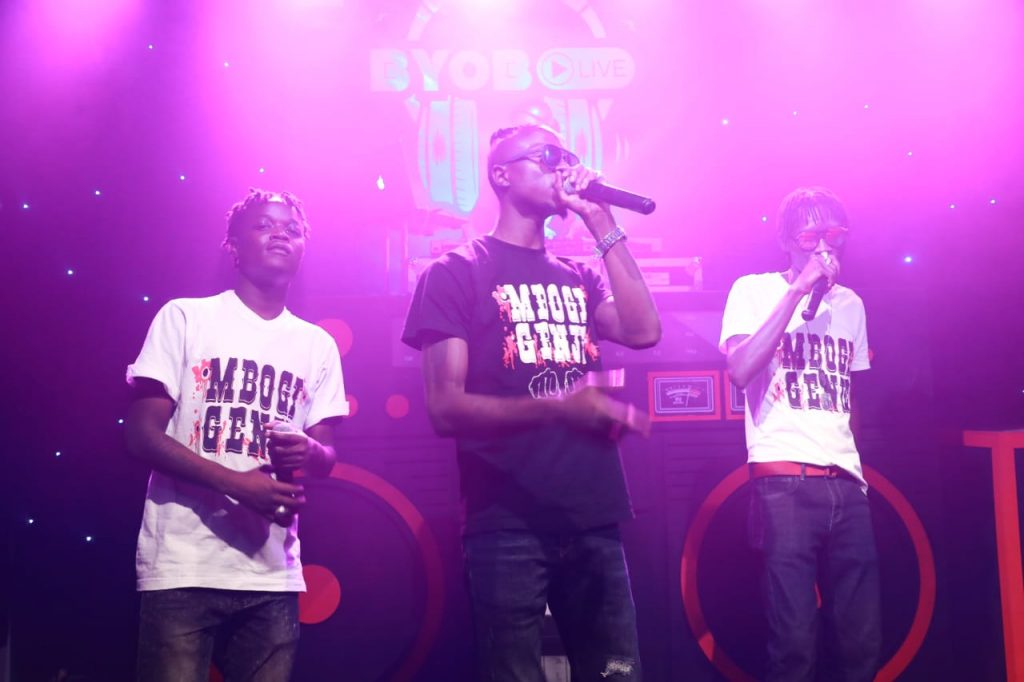 Mbogi Genje on stage earlier this year doing what they do best; thrilling fans with their head bobbing rap songs.

Enter BLAZE by Safaricom, a platform that seeks to empower and equip young people with relevant skills and opportunities to pursue their dreams and turn their passions, however unconventional, into viable careers. Mbogi Genje’s exploits spoke to BLAZE’s vision, and earlier this year, they were chosen as BLAZE BYOB mentors to help participants—their peers—navigate the hurdles in their personal journeys towards success.

“This isn’t where we started from, we started from the bottom and we are still pressing on. With hard work there’s progress. The most important thing is to know what you are doing and what you want. It’s all about being proactive, working hard and prayers,” says Militan Govana.

“Our music is a story of the things youth [like us] are going through. We represent them and we hope we can inspire the people who are hustling to make ends meet,” says Smady Tingz.
While the dread-locked trio is navigating the music scene and leaving a mark in the music industry, they believe their growth has been through mentors who “held their hand, taught them lessons and pointed them in the right direction.”

Here is their story.

Logged on to jobs: The employment boom in Kenya’s Internet penetration