Safaricom had a product. Government didn't know what it would become. The business didn't expect it to grow by leaps and bounds. But it did

Sometime in late 2008, Michael Joseph’s blue-eyed baby was running into trouble just as it was learning to walk.

In spite of all that he had done to introduce his foster child to the world and talk about his amazing qualities, not everyone took to liking his then two-year-old.

The troubles would cause him sleepless nights.

But Joseph, famous for seeing the peculiar side of things, had decided he would take the fight to defend the reputation of his toddler to those that mattered most.

So he set up an appointment with one of the most revered, and respected public servants at the time. That was the then Minister of Finance John Michuki, a hard-nosed, straight talking, no-nonsense man.

Michuki was not a man to be dazzled by words. He was as practical as they came. So in that thickly carpeted, nearly sound proofed room that was Michuki’s office, Joseph decided to be practical. The future of his new child was at stake. Grown-ups had ganged up on the little fellow.

After a brief chat about how the minister pays his farm workers at his rural home outside Nairobi, Joseph went for the jugular. He used his phone to demonstrate that M-PESA could be used to pay Michuki’s foreman’s wages.

Once the foreman confirmed he had received his wages, Michuki remained impressed by how convenient, fast, and easy it was to use M-PESA. And the minister was not an easy man to impress.

The grumblings by the grownups, who had been around for more than a century soon died out and M-PESA, Joseph’s baby at the time, was left to chart his own path. 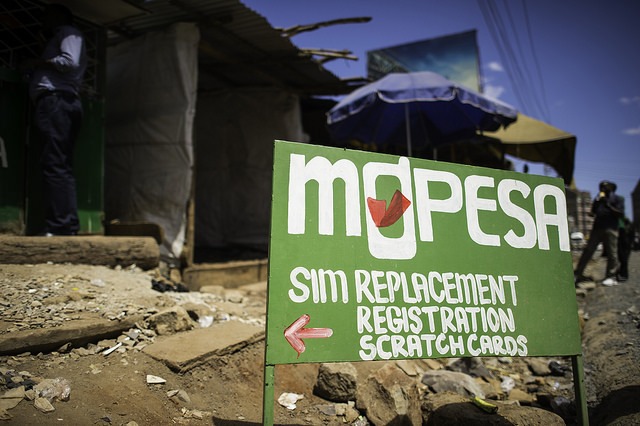 No longer a baby but a tour de force that has revolutionised how the world does business.

Today M-PESA, a mobile phone-based money transfer, financing and microfinancing service, handles about 900 transactions per second for its more than 25 million customers.

But just how did it get to become the most successful mobile money payment in the globe? Simple. Through innovation, disruption and transformation. A mantra that has been repeated every day for the last decade.

The idea of developing a mobile money product dates back to 2003 as a promising approach to sustainable development. The proposal was by Nick Hughes, then the head of social enterprise at Vodafone. His proposal to use mobile phones to deliver financial services was awarded one million pounds by the Department for International Development (DFID) a United Kingdom government department.

Hughes leveraged on partnerships from those he reached out to and in 2005 after having brought on board Susie Lonie, who had a background in mobile commerce, M-PESA was ready for a pilot. Safaricom, M-PESA’s parent company went on a recruiting spree. Safaricom identified airtime dealers for this and in October 2005, eight agents stores and later 15 were given phones with an M-PESA menu. On 6th March 2007, M-PESA was officially launched. A month later, it had 19,671 mobile active users.

In November of that year, the numbers had ballooned to an unprecedented 1,041,522 active M-PESA users.

The numbers told the M-PESA story so well that in February 2008, M-PESA’s “Send money Home” campaign won the best broadcast commercial award at the GSMA Global Mobile awards in Barcelona, Spain. It also scooped another award for best use of mobile for social and economic development. The world had started to take notice, yet M-PESA was barely a year old. The best was yet to come.

Back home, partnerships were falling into place.

Banks and mortgage lenders were lining up to partner with the new product that was winning awards all over the world for its revolutionary concept. A year after its official launch, M-PESA crossed the two million customers milestone.

Four months later, June 2008, it registered three million users. M-PESA becomes more than a noun and transforms into a verb. Whole households are getting signed up for the service.

And as M-PESA grew, it became more than a money-making project. Social impact was to become the driving force that dictated its partnerships in its later years. For example, in September 2009, M-PESA partnered with Grundfos LIFLINK, a firm that manufactures pumps and helps rural residents access safe water. The partnership allowed residents their water through M-PESA.

Not everyone was happy with the services’ phenomenal growth though. A thing that necessitated Joseph’s trip to Treasury Building.

The banking industry in Kenya is about 120 years old. By 2006, a year before M-PESA launched, the country’s 41 commercial banks had developed 400 bank branches and 600 ATMS to serve 36 million Kenyans. At the time, only 18.9 per cent of Kenyans were banked. About 7.5 per cent had access to other formal financial instruments like microfinance institutions, 35.2 per cent accessed informal instruments such as savings groups and about 38.4 per cent were excluded.

M-PESA’s entry into this market proved the right disruption to a slugging sector.

Despite large segments of the population embracing the service, M-PESA faced a great deal of resistance from banks in the first two years, and the Central Bank of Kenyawas under pressure to rescind its approval of the service.

“These challenges from the banks were motivated by a concern that mobile money adoption would lead to disintermediation and drive down the use of savings accounts in traditional banks. Sentiment was growing amongst some members of the Kenya Bankers Association that mobile money, which the banks perceived to be in competition with banking services, was receiving favourable treatment from the CBK. For instance, the banks complained they were not allowed to offer banking services through agents, yet MNOs were offering ‘deposit-like’ products through agents,” reads part of the 2015 GSMA’s Mobile Money for the Unbanked (MMU) programme report.

According to the report, the banks pitched for stringent regulations to ‘level the playing field’, and their lobbying efforts provided temporary reprieve. Even though the CBK had provided a monitoring framework for M-PESA in a letter of no objection, the Minister for Finance asserted that the absence of a legal framework to regulate and supervise mobile money was a gamble that might not pay off.

This was before the Treasury visit by Michael Joseph.

In January 2009, the Treasury issued a statement on the findings of the audit. Much to the relief of mobile operators, it re-asserted that mobile money was not a banking service, but a low-value retail money transfer service which had passed the scrutiny of the CBK’s internal legal and risk assessments, as well as an external information systems audit.

The CBK used the opportunity to assure the public that mobile money was being subjected to close oversight. This put to rest questions about the legality of mobile money, reaffirmed the government’s strong support for financial inclusion, and gave the industry a much-needed boost of confidence.

And the M-PESA service has never looked back.

Today, at least 25 million Kenyans use the Safaricom-owned service through which they transacted 28 billion dollars in 2015. This was equivalent to about 44 per cent of the country’s GDP of 63.4 billion dollars. In the first three quarters of 2016, it transacted 25 billion dollars to become the leading mobile money platform worldwide in terms of regular users and transactions.

To date, M-PESA remains the over achieving child who seems to have conquered all that life throws at its path.

But the future has never been brighter for the product built on the promise of innovation and disruption. Partnerships abound. Currently a user can pay for almost everything through the platform at the comfort of his mobile device – and the future, says Bob Collymore, CEO Safaricom, is to become a platform that offers more solutions for customers.