The Angel who was born blind

With financial constraints limiting her parents, she was destined to live behind a curtain, but help came and her eyes opened

At just under two years, Angel Wairimu’s smile reveals her first two milk teeth, the signature mark of babies who are only learning how to run around.

She follows conversations in the humble homestead in Wamwangi, Gatundu South, in Kiambu County with as much attention as a baby her age can give.

She’s fascinated with the gadgets brought in by visitors though with some reservations, and she clutches dearly to her mum, giving out the light cry for attention that babies give when they want to suckle.

“Every time I see her saunter towards the gate on hearing my voice, I’m reminded yet again that there is God,” Angel’s father, John Kiruga, says.

His faith-inspired statement is borne out of the journey he has walked with Angel. 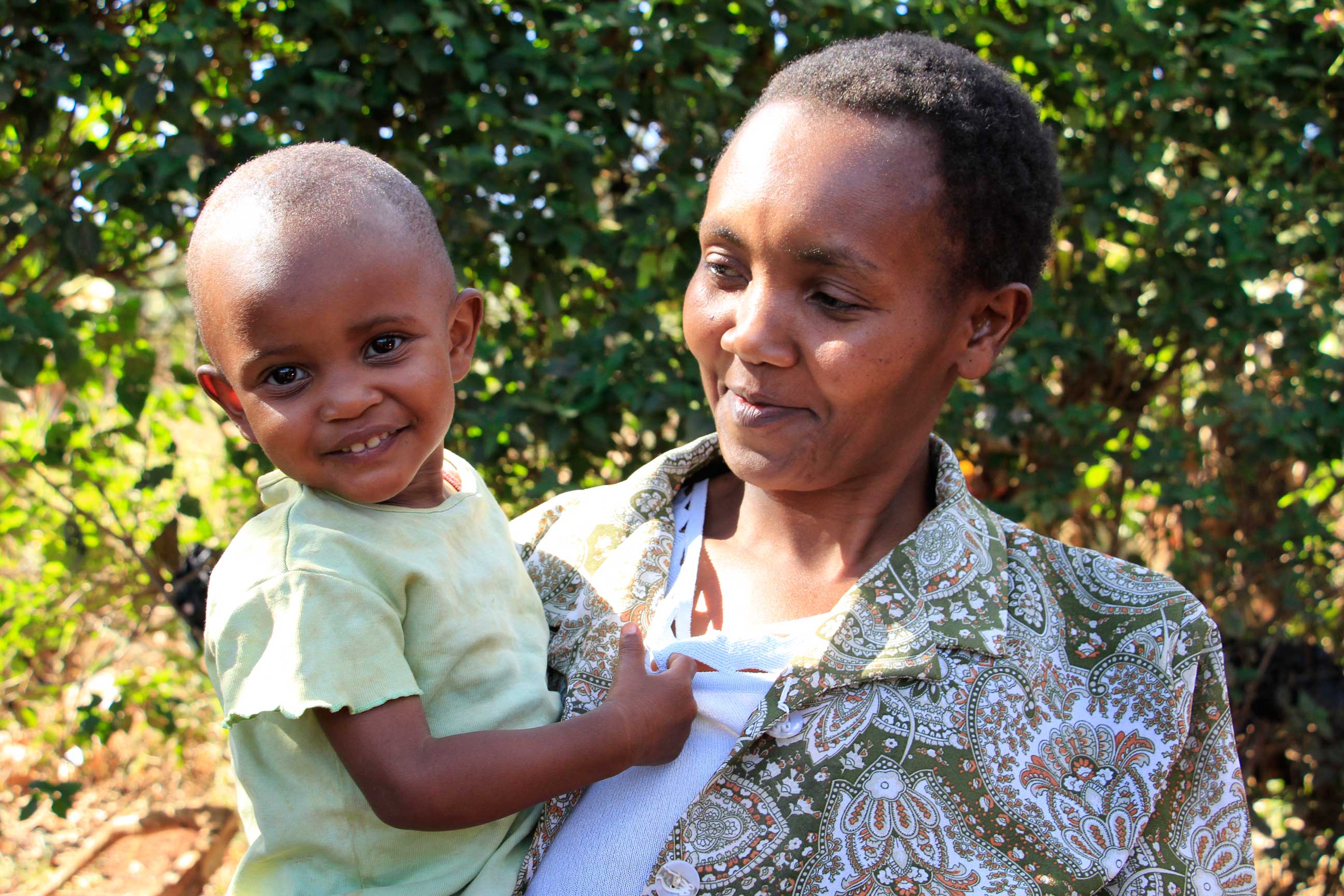 Angel with her mother Eunice Wakarura at their home in Gatundu.

She was born normal but when she was about seven months old, visitors to their home drew the mother, Eunice Wakarura’s attention to something amiss; could it be that the little girl couldn’t actually see?

“We had never noticed,” she said from her tin-walled house, her husband by her side. “Then we decided to have it investigated.”

Doctors at Gatundu Level IV Hospital confirmed their worst fears; Angel could not see due to what doctors said was congenital cataracts, a lens opacity at birth that causes visual impairment. They referred the baby to Thika Level V Hospital from where they were in turn referred to Kikuyu Mission Hospital to seek specialised treatment.

“We went to Kikuyu Hospital alright but came away dejected,” said Mr Kiruga. “The treatment would cost almost Sh60,000. We neither had the money nor an idea where to start looking for it.

It was a tall order for a peasant family living on a piece of land handed down by their parents and who had no stable source of income.

Angel’s mother says that she had resigned to fate and started to think of how to raise a blind child.

“There’s someone in our village who is blind and I was thinking that this is how my Angel would end up,” said Ms Wakarura. 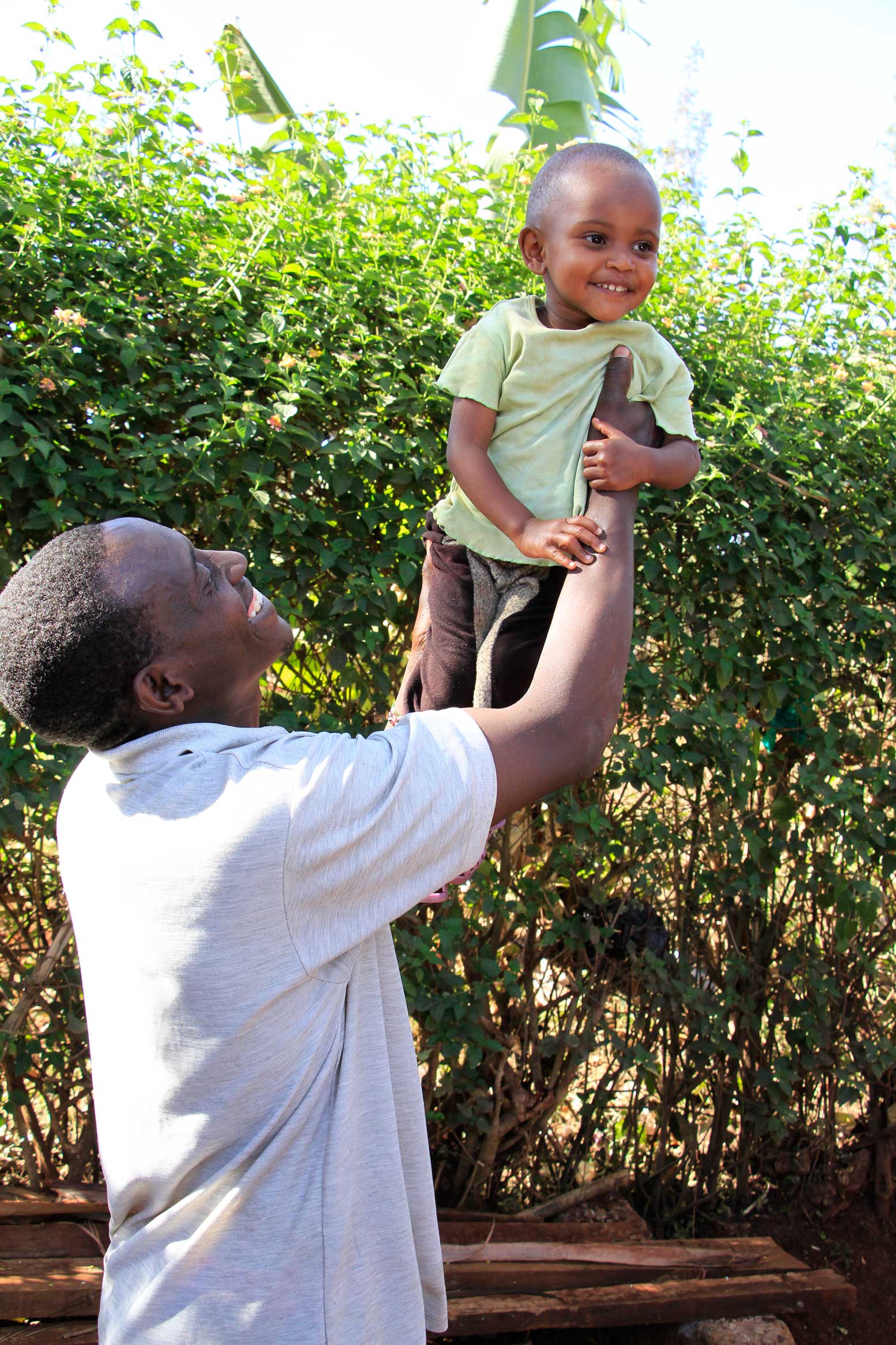 Angel with her father John Kiruga at their home in Gatundu.

As fate would have it, Safaricom Foundation in partnership with the Kenya Diabetes Management and Information Centre held a medical camp on November 12, 2016 in Gatundu. Angel’s parents heard of the medical camp on radio and decided to give it a try.

“In many of our medical camps we come across a good number of people who live with health challenges knowingly or unknowingly due to lack of information or financial limitations,” said Dr Joseph Mwangi, the Health Co-ordinator at the Kenya Diabetes Management and Information Centre. “Many people suffer from different health problems but they don’t seek medical attention due to lack of money.”

He added: “We learnt that in Angel’s case, because of financial constraints, the surgery could not be conducted as it required Ksh60,000. Angel was brought to the medical camp in Gatundu for eye treatment and we picked the issue and instituted the process of funding the surgical intervention. The child was booked at Kikuyu Eye Hospital on January 7, 2017 and surgery was successfully done the following day.”

Angel is now a boundless bundle of energy.

“Before the treatment,” said Angel’s mother, “she could not recognise that she was about to be breastfed without touch. She was very inactive and would hardly crawl around.”

Now, she runs around the compound, reaching out for things and her sight is well restored.

“All I can see is a miracle,” says her father.