When the mobile phone was first introduced to Kenya back in the late 1990’s it was a seen as status symbol and a highly priced luxury that only the rich could afford.

Through the years, mobile phones have evolved from the exclusive gadgets they were to devices with immense capabilities right on the palm.

The evolution of mobile technology and the services offered has led to a shift in consumer engagement across many sectors and dairy farmers have not been left behind by the wave.

The story of the connected farmer plays out in Sirikwa Dairies that serves thousands of farmers just outside of Eldoret in Uasin Gishu County.

“Through the phone we are able to make bulk payments to our farmers, receive reports on deliveries made and even access the web reports online,” says Christopher Rop, General Manager Sirikwa Dairies.

Christopher is referring to the Connected Farmer, a Safaricom application for agribusiness and small holder farmers. 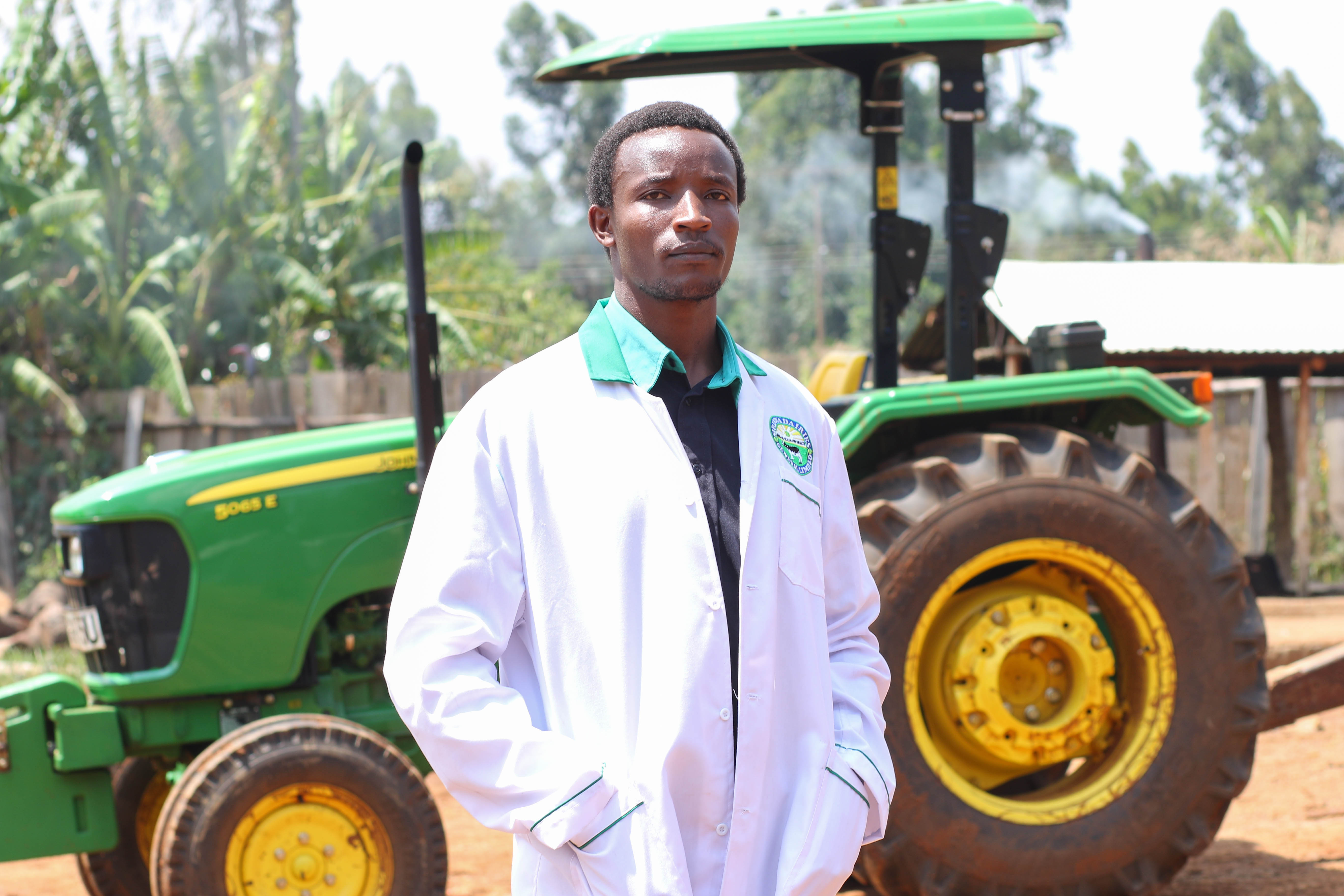 The App has enabled the company digitise their entire operations from farmer profiling, communication, milk collection, management of stock and record keeping.

Sirikwa Dairies, which began operations in 2010, has 7,724 registered farmers and in any one month about 35 per cent of them actively supply milk.

In Kenya, small holder farmers account for over 75 per cent of total agricultural production and nearly 50 per cent of the marketed output.

When the business started making revenues of up to Ksh20million on a monthly basis they realized they needed a digital solution to help them to better manage their records.

“Issues of security in handling a lot of cash and also issues of control, doing reconciliation on cash became a challenge. Initially we had a lot of challenges dealing with farmers at the end of the month. From claims that milk collection wasn’t recorded properly to accusations by others that their loan deductions weren’t done properly,” says Rop as he recalls a time where they mistakenly paid a farmer Ksh16,000 instead of Ksh1,600.

Once the clerk has keyed in the quantity of milk the farmer has supplied into the application, the information is sent to the web portal, “you can to log in and access that data, you can check the deliveries per route or check the number of registered farmers per route,” adds Rop.

The App provides real time solutions to both the agribusiness and small holder businesses. And because it is linked to M-PESA you are able to make bulk payments to more than 1,000 farmers at a time.

“Before, we had instances of farmers missing in the payroll at the end of the month. But with Connected Farmer if a farmer doesn’t get an SMS of his deliveries, then they can come to the office to raise a complaint,” Rop says using CFA has made record keeping much easier.

Through the mobile application a farmer can request for services like Artificial Insemination (AI) services. Once the field officer gets the requests they make an appointment request on behalf of the farmer and the message is sent to the corporative office. Because the data clerks in the office are able to view everything the clerks have fed into the system in real time, they are are able to then make arrangements for the farmer accordingly.

Through CFA, farmers also have access to agriculture and veterinary services. Farmers can get animal feed, chemicals and credit from any agrovet store belonging to the corporative based on their deliveries because the application allows the store clerk to quickly check the farmer’s credit worthiness.

“We were able to give out phones to our clerks. An application was loaded into that phone called CFA and all the farmers in that route were registered. So whenever you want to input milk for a given farmer you just click in the supply number or phone number of that farmer and it will give you all their details,” says Rop.

As a result of the ease of use and efficiency of the app, “farmers are getting more and more loyal to us because they get what they have delivered,” says Rop.

Eko Dydda sure loves what he does