For the local jazz band, getting into the Safaricom International Jazz Festival was a dream come true. The festival has provided them with breakthrough moments such as sharing the stage with global jazz stars

Their first album “The Audition” included hits such as Kipepeo, Birds of Paradise, Hold D and Miyale.

‘Laka’ spoke to Safaricom Newsroom about their odyssey, their future plans and why the fifth edition of the festival held on May 1 at Carnivore Grounds was a great experience for them. This was not their first time performing at the festival. They have performed four times, since November 2015.

Q: What does jazz mean to you?

A: Jazz is freedom. It’s unfettered creativity. Jazz allows us to express the sound of our land in a language that is unique to us.

Tell us about Shamsi Music.

We first played together (not as Shamsi though) at a benefit concert in May 2014. Months later, Paul Mbithi realised the potential of the group and constituted the band that is now Shamsi Music.

In the beginning, getting everyone on board and aligned to one vision was a bit of a challenge. Some band members even had to quit their jobs and others had to leave other music engagements to pursue music under Shamsi.

How has the journey been like so far for you individually and as a band?

The journey has been fantastic for me. It’s always such a joy to see some of my wild and unconventional musical compositions come to life, and this band does it so well.

We played our new song, Okaka, at this year’s festival. Performing at the Safaricom International Jazz Festival was a dream come true.

Thanks to Shamsi Music, I have shared the stage with some of my saxophone icons like Kirk Whalum, Dave Sanborn, and Manu Dibango. The band has also given me the opportunity to play music on international stages.
As a group, we have grown through understanding and applying everyone’s strengths. That synergy and constant growth has helped us produce better music.

It’s been a phenomenal journey for all of us and we have each realised dreams that we never thought possible. God has worked things together beautifully and we are grateful for what we do every day.

Where are you now with your music career?

When we started, we were starry-eyed, full of hope and energy, but we were also wet behind the ears and naive. We’ve grown a lot in our musicianship, as well as in our business and relationship building skills.

We can no longer just assume that once the music is out there it will sell itself.
We have also refined our sound, which is crucial going forward. We have adopted a style that we call Kenyan Folk Jazz. 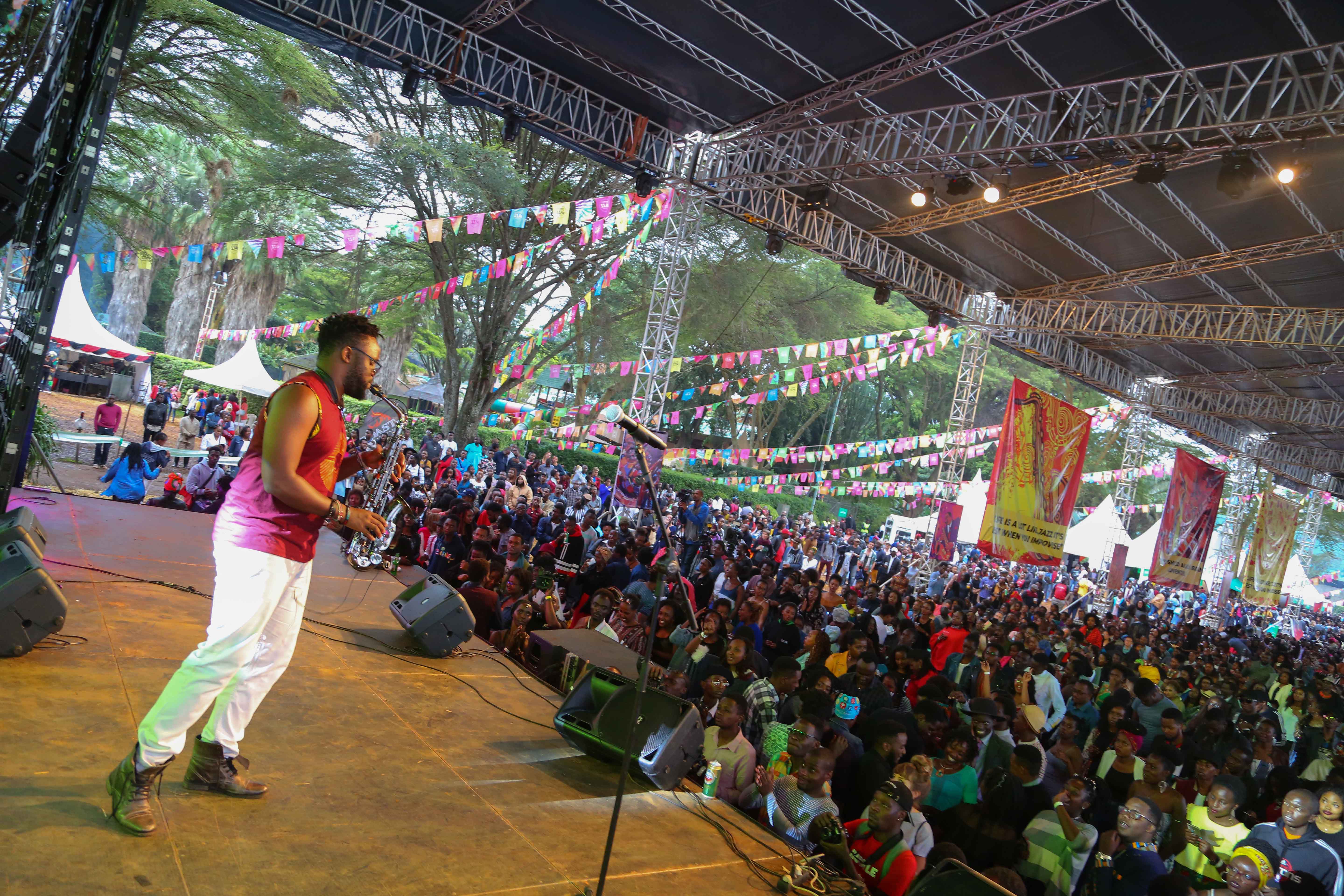 What kind of opportunity has the Safaricom International Jazz Festival created for you?
The festival has done so much for us. First, it has connected us with an audience that appreciates our music and our storytelling. We owe a large number of our current fan base to the festival.

The festival has also given us a platform to advocate for jazz music with a local flavor. We are grateful we got to meet and learn from local and international jazz musicians.

Safaricom International Jazz Festival also sponsored our participation in the Jazzy Join Ben Festival in Bamako, Mali, making us the first export of the SIJF to another festival.

We enjoyed our time in Mali and took part in musical and cultural exchanges, which we know will influence our music.

This year, you performed alongside the legendary Manu Dibango. How did it feel sharing the stage with an international star?

It was absolutely incredible to share the stage with a living legend. Manu Dibango embodies so much of what we hope to become as Shamsi Music, and as individual musicians.

In Mali we met Cheick Tidiane Seck, who toured with Manu Dibango for most of 2013, and he has nothing but love and respect for the man. To meet him in person was a dream come true!

What should your fans expect from you?

We are working on our second album; a music project we call AfroSynthesis. It’s an exciting exploration of Africa and it is music as told by us, and it’s bound to be a staple for all music lovers, especially those who enjoy deep groove, titillating melodies, and unique arrangements.