Life pushed him to do better, and he did

Victor Kiplangat was named among the top 10 students with special needs in the national secondary school examinations. Here is his story

Like every other child, Victor Kiplangat Chepng’eno did not have a proper grip on what was happening in his life until age and circumstance drew him into that awareness.

He was born in 2002 and two years later, his father died. He is the last born in a family of four. Then, his mother also died when he was four.

Following his parents’ death, his grandparents stepped in to take care of Victor and his siblings.

“My grandmother came to live with us. At first I didn’t feel much pain, I was still young and didn’t realise what was happening. But, as time went by, I started to realise the weight of what had happened,” says Kiplangat.

Kiplangat recently had an opportunity to reflect on his life experiences shortly after the results of the Kenya Certificate of Secondary Education examinations were released. He was ranked fourth among the top 10 students under the Special Needs Category in the 2020 KCSE results having scored an A- of 80.3 points.

Kiplangat grew up with a number of challenges like emotional distress due to the death of his parents, and a degenerative eye condition that often came in the way of his studying.

The 18-year-old from Kamiwa village in Kericho County sees his sister’s sacrifice as among the key reasons he has gotten to this point in his life.

Like other children in the village, he had initially enrolled at the local school, Chilchila Primary School, where he studied up to Standard Four before transfer to Tinga Springs School, a private institution.

“My sister had just completed her secondary school and had done well in her KCSE exams. She was offered a partial job at a local private school (Tinga Springs School). It was at this time that she presented my case to the school’s director who agreed to admit me to the school,” he states.

Kiplangat says his elder sister has always inspired him as she always sacrificed both her time and resources to make sure that her siblings had a better life.

His former teacher at Tinga Springs School, Michael Owesi, recalled the circumstances that led to the school’s director offering to sponsor the boy through the rest of primary school.

Though his academic journey at Tinga Springs School was initially slow, he gradually gained the pace and went ahead to become the top candidate in Kipkelion West Constituency in the Kenya Certificate of Primary Education examinations after scoring 407 marks.

Mr Owesi describes Kiplangat as a hardworking pupil who was more into books than anything else. “During the entire period, he was always ahead of others in class. He always scored 400 marks and above in internal exams,” he says.

When the KCPE results came out, Kiplangat had two options: either join Maranda High School or the M-PESA Foundation Academy where he had also applied.

“I had to make a difficult decision because everyone was just telling me to join Maranda High School due to its good performance record, but I had also to consider other things such as financial constraints. I decided to join M-PESA Foundation Academy and along the way I realised that I had made a good decision,” he says.

The M-PESA Foundation Academy proved to be the right place for him, as the school’s focus is to nurture well-rounded learners who place emphasis on their studies as well as music, sports, community service projects, entrepreneurship, the arts and other extra-curricular activities. 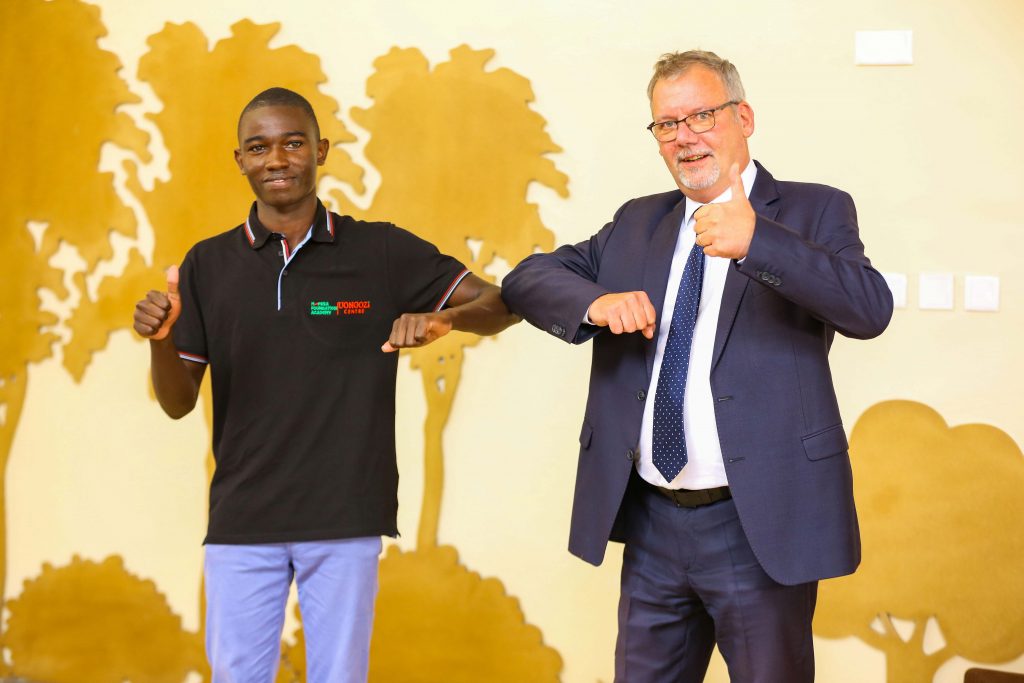 Victor Kiplangat is now spending time at the Uongozi Centre at the M-PESA Foundation where Christian Gulzow is the Director.

Kiplangat acknowledges that his four years at the Academy have been an eye opener- from academics to social life. He liked that classes at the Academy were experiential, inquiry-based and fun, and above all, being challenged to think for themselves.

The learning environment according to Kiplangat is enhanced by having flexible classrooms that encourages group activities with each learning space being equipped with ultra-modern Information Technology (IT) wireless equipment and sound to enhance learning.

One of the fondest moments at the academy for Kiplangat is when he won the ‘Best Article in School Award’ while in Form One. “I felt thrilled to win such an award. I also had other delightful moments such as going out for programmes like Presidential Awards Program,” he says.

When the COVID-19 pandemic struck that led to closure of learning institutions for almost a year, Kiplangat was among thousands of candidates whose future hung in the balance.

At home there were many challenges and after a while the school provided them with smartphones, which enabled them to continue with online learning as well as revise for the national examinations.

His grandmother Alice Cherono, 72, enjoyed having her grandson around and marveled at the technology that enabled him to stay in touch with his studies. 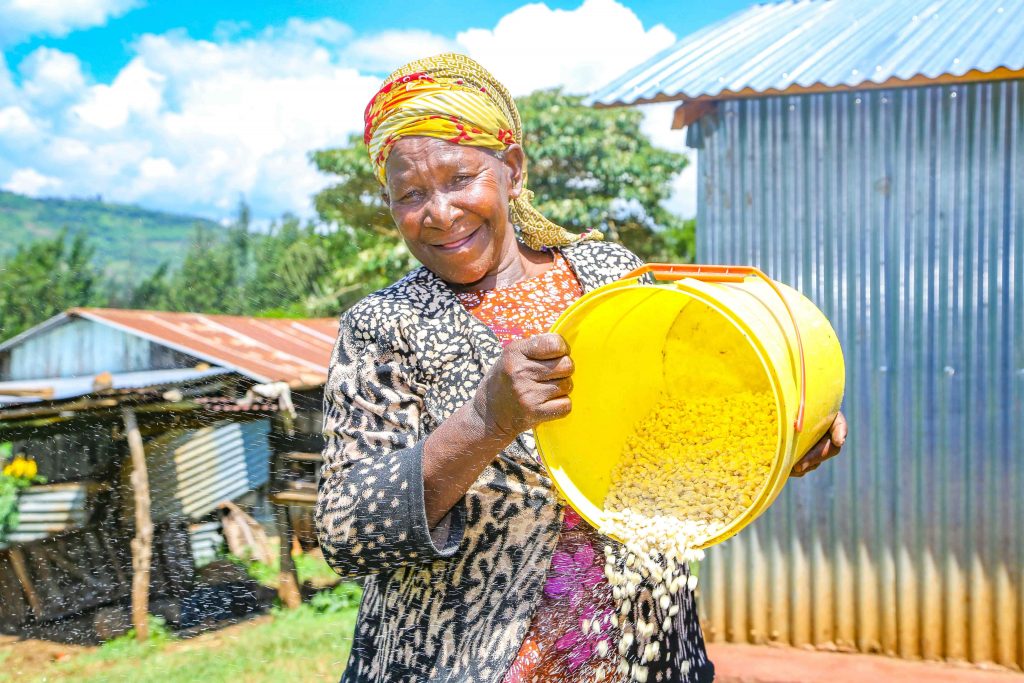 Victor’s grandmother Alice Cherono at her home in Kamiwa village in  Kericho.

“I used to see him with a gadget that looked like a mobile phone, and when I enquired about it, he told me that he was using it to study and attend classes while still at home. I was very amazed,” she says.

Kiplangat’s aspiration is to join University and study medicine. However, before that, he has to take part in a six weeks leadership programme at the Uongozi Centre, under the M-PESA Academy. The centre hosts a unique programme that aims to enhance the leadership potential, develop skills in independent thinking as well as assist learners to incubate business ideas and community projects. It also supports the transition of secondary school scholars into university and other tertiary institutions.

The making of the Safaricom choir