Kakamega – from a gold rush to a slow walk

How the town that hosted thousands of delegates for the devolution meet was founded, abandoned and then revived

Kakamega, the county headquarters that hosted the Fifth Annual Devolution Conference, owes its history to the gold rush that brought colonial settlers during the scramble for Africa at the turn of the 20th century.

Had the gold reef in Kakamega not been exhausted, the town would have grown to rival Johannesburg in South Africa; – its population would have boomed and, most likely, it would have eclipsed Nairobi in terms of development.

Unlike other towns in Kenya, Kakamega was the only town founded as a result of a colonial gold rush – but when the Roaster Mine was abandoned in late 1940s – so was the town.

The closure of Rosterman Mining Company – which later acquired a clothing company Staflex Co. Ltd – marked the end of a golden promise. 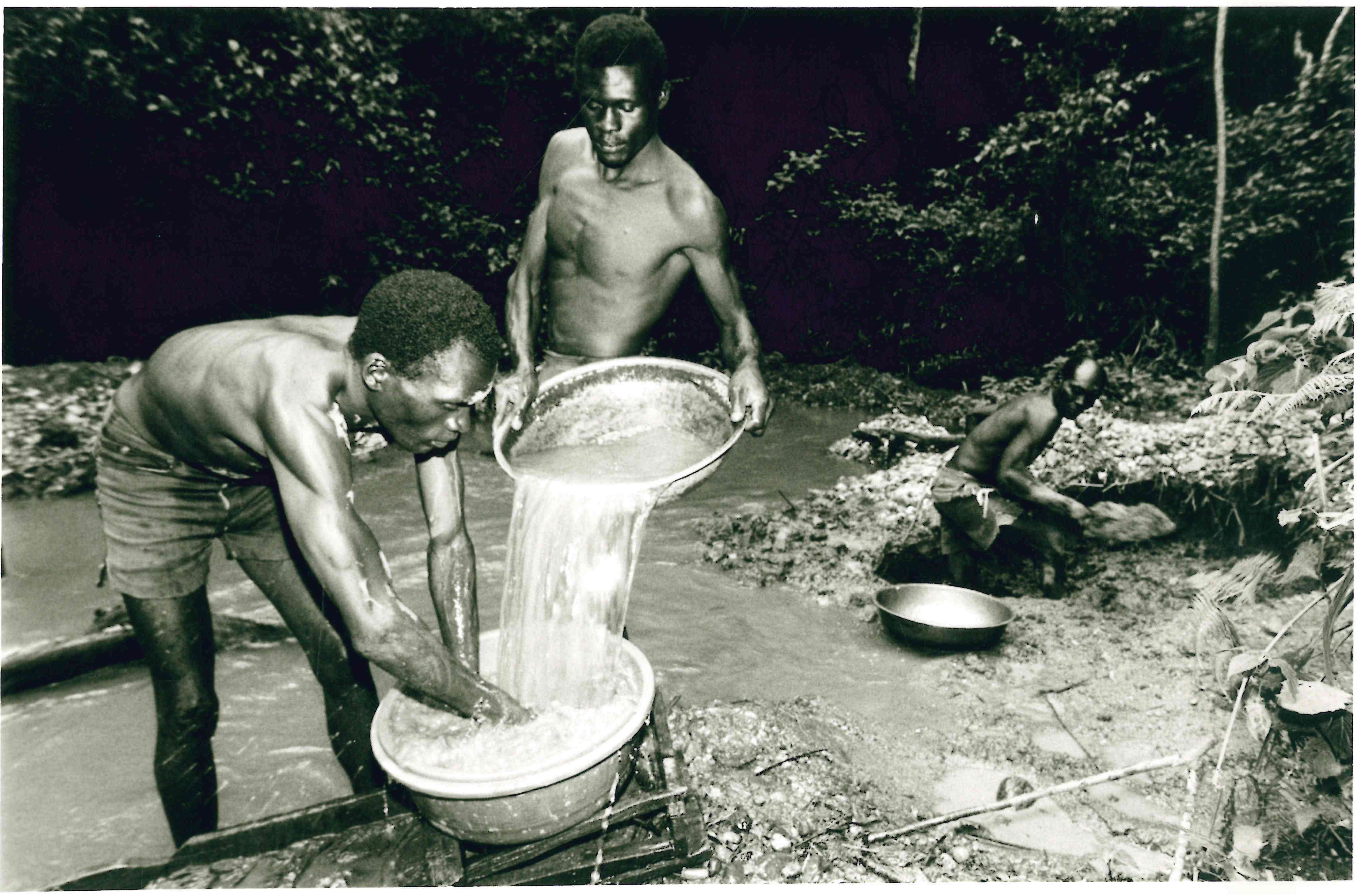 Rosterman Gold Mines in Kakamega in the 1960s.

The history of the town, however, goes back to 1903, when British settlers established a tiny administrative post here. By then Mumias, an age-old trading post, was thriving as the headquarters of the Kingdom of Wanga, under Chief Nabongo Mumia.

By the time gold was discovered in Kakamega in 1931, Mumias had lost its place and the governor had started to elevate the administrative post’s status to replace Mumias since “Kakamega had a healthier climate”. This status was gazetted in 1927 signifying the end of an era of glory for Mumias. A year later, the British ‘retired’ Nabongo Mumia.

Mumias, deteriorated fast and by 1928, it was described as “a decaying relic of early British penetration,” and by 1931, it was reduced to the role of a trading centre. By this time, Kakamega’s rise had started in earnest.

By 1933, a total of 14,000 claims had been registered with the Commissioner of Mines and as the Legislative Council (the then Parliament) was told, the discovery reinforced the government’s wish for the institution of a geological survey in Kenya. . 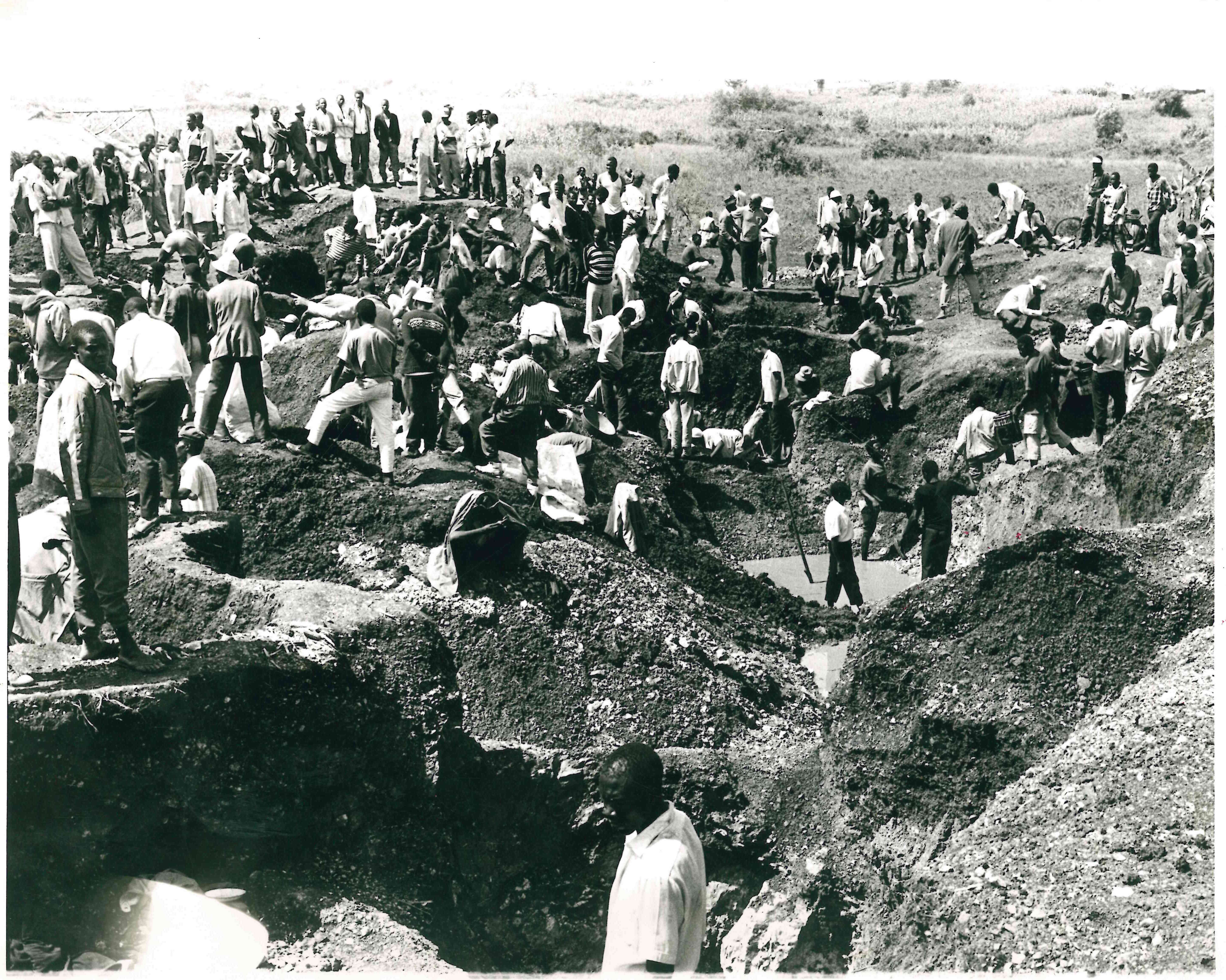 Gold miners in Kakamega in the 1970s.

One of the fears that the government had was that a “Eureka Rebellion” could be sparked by the miners in Kakamega if the government did not handle them properly. The term was borrowed from the Battle of the Eureka Stockade fought in Australia in 1854 between miners and the colonial forces where miners had built a structure during the conflict to protect their claims.

As the Bill to govern mining was brought to the House, Col J.L. Cotter told Legco in 1933: “I feel that the real intention here is to discourage mining activity and the (Attorney General) should read up the history of the Eureka Stockade. That famous rebellion in Australia was caused solely and entirely by the very words in clause 3 of the Bill.”

That clause had intended to keep “undesirables” from the mine fields by charging them £50 on arrival at the Coast, £25 to enter the prospecting area and an extra £6 for prospecting. 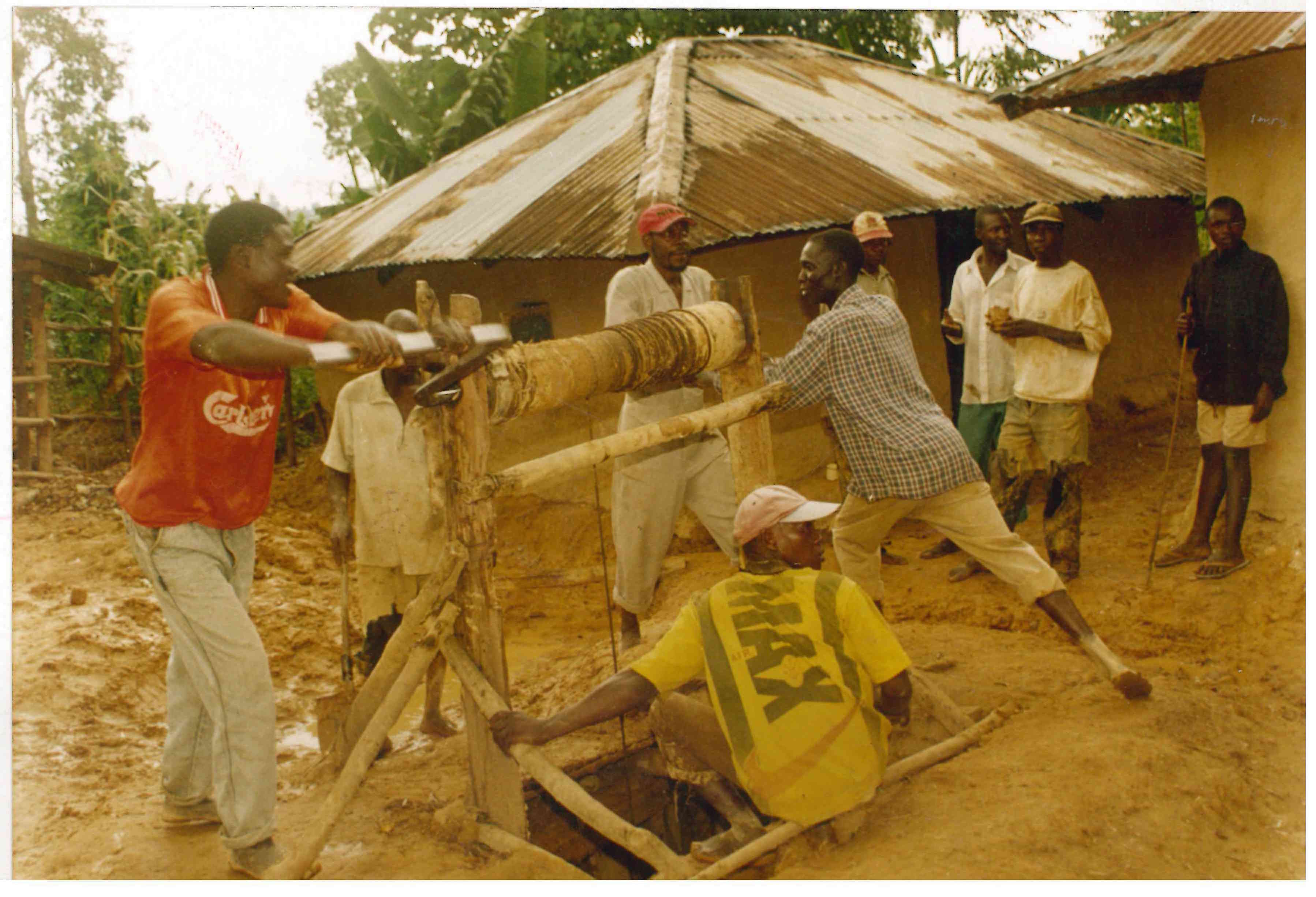 How the colonial government was to handle gold mining in Kakamega was to determine the growth of the colony.  And before proper structures were put in place, buildings started springing up.

Actually, Kakamega of 1930s was a booming town and was part of then Nyanza Province administered from Kisumu. Rosterman set up a private members’ club, that served the white elite who had arrived to cash in on the new prospects.

When it thrived, Rosterman was by far the most important mining concern in the Kakamega goldfield. Registered in London in February 3, 1935 under the management of Bewick, Moreing and Co., it had, during its peak, produced 25,000 oz (708 kg)

In 1970’s an old man who witnessed the rush told a journalist: “All of a sudden, many white and brown men came in their hundreds and put up many buildings and shops and many of us who were staying idle got jobs as house servants, office boys and shop attendants.”

Then the mines were exhausted and the honeymoon was over at the beginning of 1952.  “Within a year there were more livestock than people on the streets of Kakamega Town and there was talk in the superstitious circles that the town was haunted by ghosts,” – the man said. 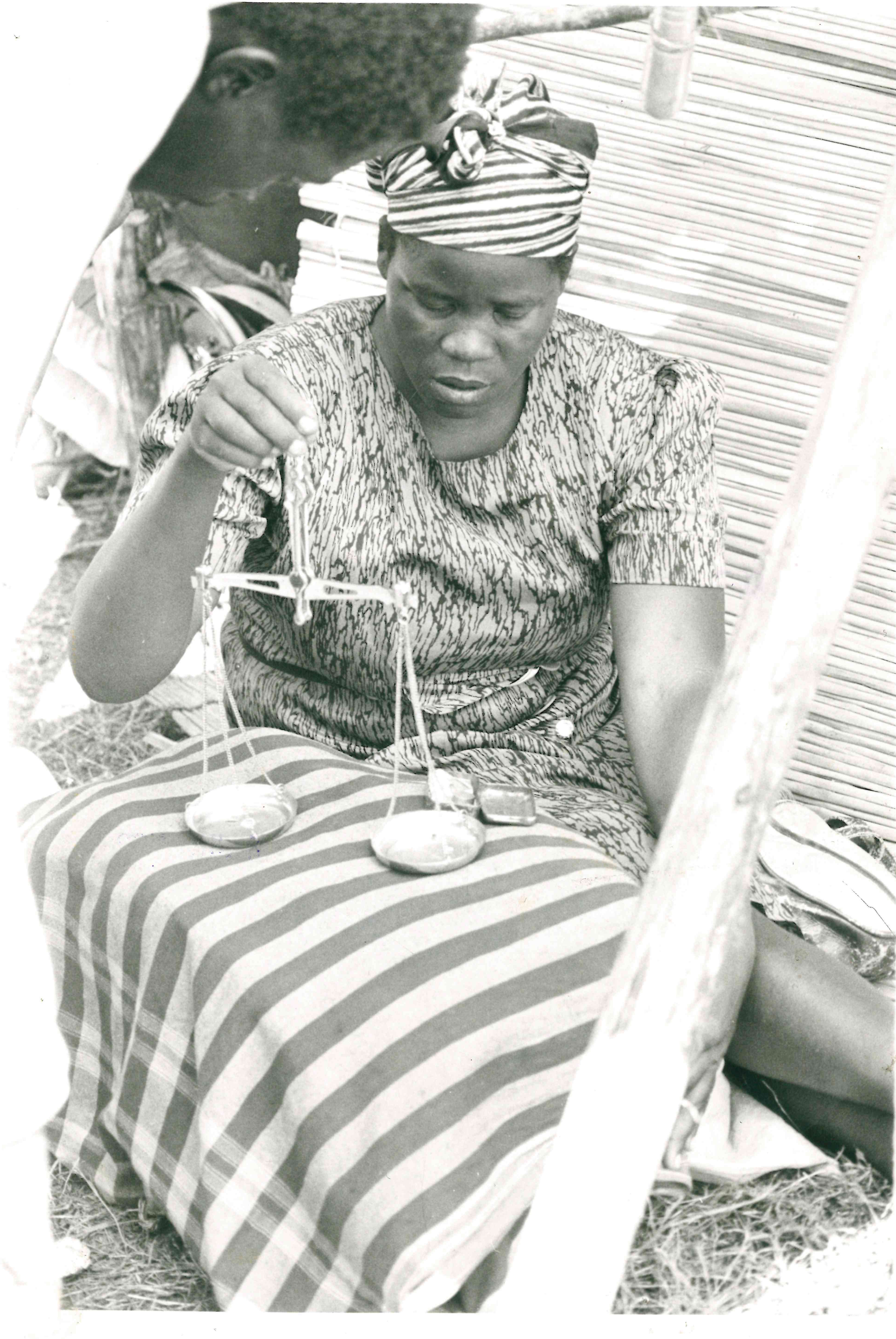 For many years, Kakamega remained a backwater town. By 1969, the chairman of the local National Chamber of Commerce, Shadrack Okova lamented the continued deterioration of the abandoned town: “There is no automatic telephone exchange…road conditions are bad, there is no street lighting, there is not a single hotel and I can hardly think of any industry at all in Western Province.”

The recovery of Kakamega started in 1970 when it was made headquarters of the newly created Western Province.  But by then, it had been eclipsed by Kisumu and Eldoret. But it had no sewerage system and premises operated individual septic tanks while homes within the town had pit-latrines. The town had no physical planning and Parliament questioned why the government was allowing the expansion of Kakamega without a solid plan. 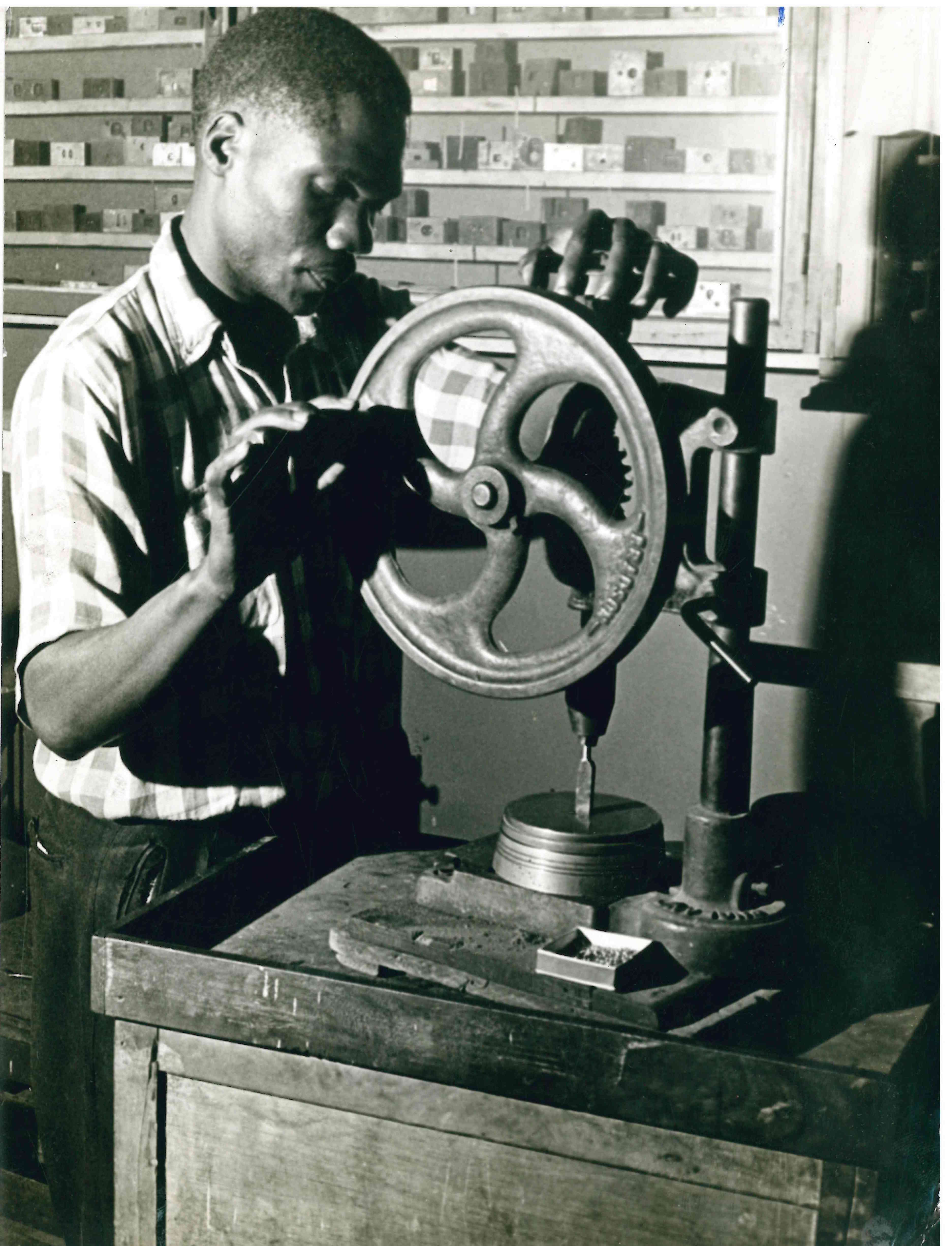 Nevertheless, the rebuilding of Kakamega continued, with the most outstanding project being the construction of Kakamega airstrip in 1981. However, it had been constructed between a provincial hospital and the middle-density residential area and when an impact assessment was carried out, it was ascertained that it had to be moved.

As such, it had to be moved about six kilometers away from the residential area. But even then, the planners did not make provision for water and electricity.

“How do you have an airstrip, almost an airport, at a provincial headquarterswithout water and electricity,” wondered Joshua Angatia, then Lurambi North MP.

In 1979, the foundation stone of Kakamega Golf Hotel was laid by the Kenya Tourist Development Corporation as an attempt to put the town on the tourist circuit.

However, the introduction of the devolved system of governance has given the county a new lease of life. New roads have been constructed and new buildings are coming up. It is only a matter of time before Kakamega gets its shine back.

Mombasa to Malaba on M-Pesa

Rise of the digital learning ecosystem

What is the future of television in the internet age?