Seventy per cent of staff members have initiated more than 30,000 partnerships through the Pamoja initiative to bring change to communities 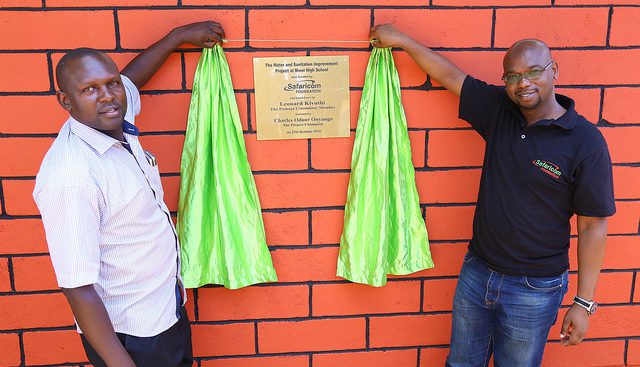 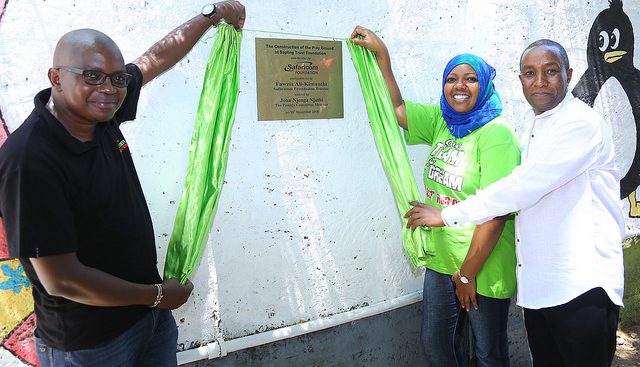 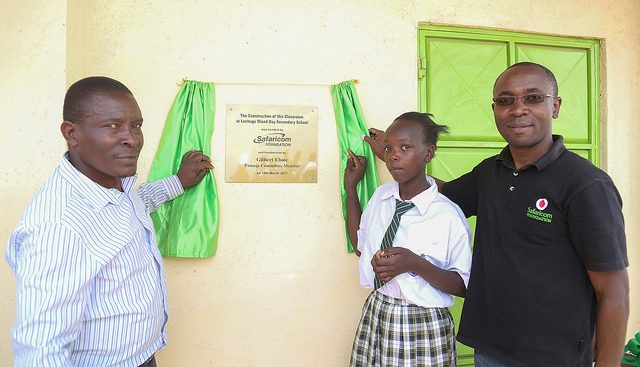 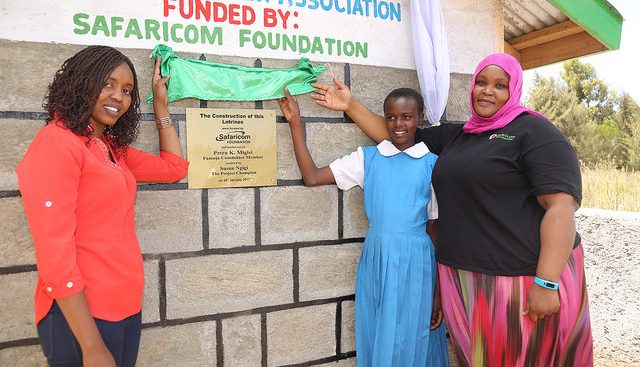 Safaricom members of staff are going beyond the call of duty to partner with Safaricom Foundation to drive change in their communities under the Pamoja initiative.

And their contributions to society were specially celebrated by CEO Bob Collymore during the 2017 Full Year results announced on May 10, singling them out to underline the power of partnerships.

“The numbers you will hear about today are delivered through the efforts of over 5,400 employees, who remain dedicated to their community,” said Collymore. “Beyond their day-to-day duties, many of them are using Safaricom as a platform to drive change in our society. One of them is Aggrey Aganda, one of our Administrative Assistants.”

Aganda works in the Corporate Affairs Division at Safaricom Limited.

He’s been at it for the 16 years that Safaricom has been around, part of the team that laid the foundation for what is today a superstar company.

“On any given day you can find me running errands or serving tea. What many people don’t know about me is that I am one of the pioneers at Safaricom,” says Aganda.
“I have been here for many, many years, and witnessed Safaricom grow from inception, to the company it is today,” he says. “I started out as a construction worker, and was part of the team that constructed our original Safaricom Headquarters.”

Life was hard for Aganda growing up in Migori. So he  came to the city looking for a better life, and being a man of generous heart, looked forward to a time when he could give something back to his community.

“I didn’t know what it would be, how I would do it, or when I would do it. Then one day, an idea popped up; I was going to build a dispensary in my village,” he says.

It was certainly a tall order, he says, for a man of humble resources and huge responsibilities to dream up building a dispensary.

Through Pamoja, I received 90 per cent of the money I needed to make my dream come true, and raised the rest of the funds from family, friends and colleagues. Aggrey Aganda, Safaricom Corporate Affairs

Then he heard about Pamoja, a fund run by Safaricom Foundation to support employees with their CSR projects.

“So when the opportunity arose last year, he shared the proposal with the Safaricom Foundation,” said Collymore. “Last month, he handed over the project to his community leaders, and today, over 30,000 Kenyans now have access to essential healthcare.”

Says Aganda: “Through Pamoja, I received 90 per cent of the money I needed to make my dream come true, and raised the rest of the funds from family, friends and colleagues.”

The dispensary is no longer a dream now; it is a reality that is making life better for his community. He has never looked back.

“Since then I have been able to carry out three other projects, thanks to Pamoja. I have truly witnessed the power of partnership at work. I have learnt that when people come together, great things happen,” he says.

“He joins over 70 per cent of our staff who are each undertaking similar projects in their communities under the Pamoja initiative, which allows members of staff to partner with the Safaricom Foundation to change society,” said Collymore.

“These are hard-working men and women who come to work every day to see how they can make a difference to our world,” he added. “Last year, they actively sought out 30,000 partnerships with businesses as diverse as Standard Chartered and Mulley’s Supermarket to make these dreams come to life.”

Safeguard your health as you travel