Girls who want to save their school from jumbos

The students of Kajire Girls, Taita Taveta County, have created a sensor kit that could possibly bring an end to human-wildlife conflict and limit poaching

For years, residents of Taita Taveta, who live close to the Tsavo National Park, have had to deal with increasing incidences of attacks by wild animals.

Complaints of massive destruction by wildlife which invade farmlands and destroy crops paint a picture of man versus beast.

Tsavo is about 22,000 square kilometres and occupies 62 per cent of the entire land in the county. The park hosts a variety of wild animals, including the Big Five and bird species.

For residents of Taita Taveta, living next to the park offers a mixed bag.  They enjoy the beauty of the forest, good weather, the abundance of wildlife and jobs opportunities. However, they have had to suffer from marauding elephants that stray from the park into their farms and homes. At least 20 people have been killed in the county between 2014 and 2016 while 235 people have suffered injuries. The number of livestock killed and property destroyed continues to increase.

But the numbers are set to go down thanks to a group of students who have come up with a novel way to keep the elephants in the park.

Four girls from a little-known school in the county have developed a sensor kit that may not only see an end to human-wildlife conflict, but may also curb poaching in the park.

The students of Kajire Girls’ School got down to work after their school was closed following an invasion by elephants. The closure not only affected performance, it also resulted to lower enrollment.

According to them, the set-top box-like gadget is supposed to be placed on elephant corridors. When elephants cross the mapped out boundaries, the kit picks up a signal and sounds an alarm.

“Once the gadget detects a straying jumbo, it sends an alert back to Kenya Wildlife Service and other specific contacts set on its system as emergency numbers. It also sets off the alarm,” says Wairimu.

“The alarm not only alerts the villagers, it also scares off the elephants,” she said. 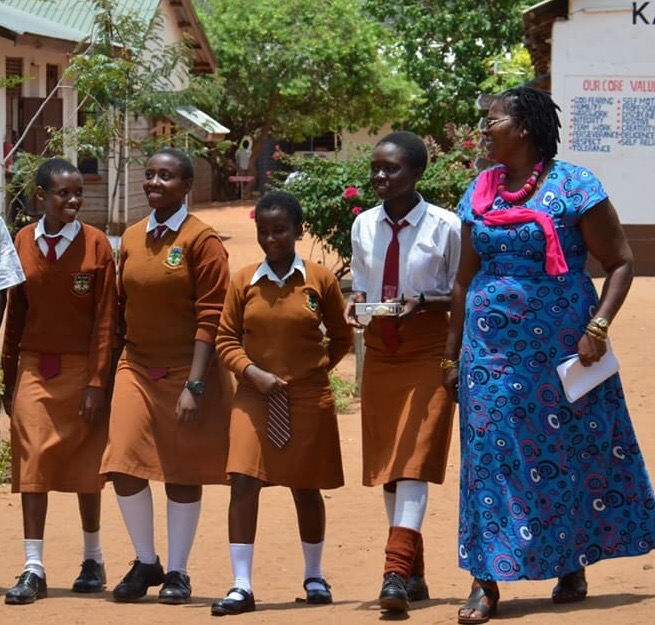 According to her, this will save residents from having to stay up all night beating drums and lighting fires to keep the elephants from destroying their crops or straying into their compounds.

Wairimu said they have identified KWS, communities bordering parks and other organizations as their market targets.

Mtoto, the marketing analyst, said the prototype has already attracted the interest of KWS and other wildlife stakeholders such as Wildlife Works and Beehive Company.

Tsavo Park has 12,000 jumbos and George Nagwala, who is the assistant KWS Director in charge of Tsavo Conservation Area, says keeping the animals in the park is not an easy task.

Nagwala says the girls have proven that the community has the capacity to come up with unique solutions to solve the problems they face.

“As KWS, we are ready to embrace this technology and our experts are already exploring ways to improve this innovation,” Nagwala said.

Currently, the Service uses radio collars that transmit satellite and radio signal using GPS technology to map out the elephants’ migratory routes and identify how far they travel in search of water and vegetation.

They are expected to travel to the US where they will face off with other competitors in the global championship that will take place at the University of Delaware from April 11 to April 14. 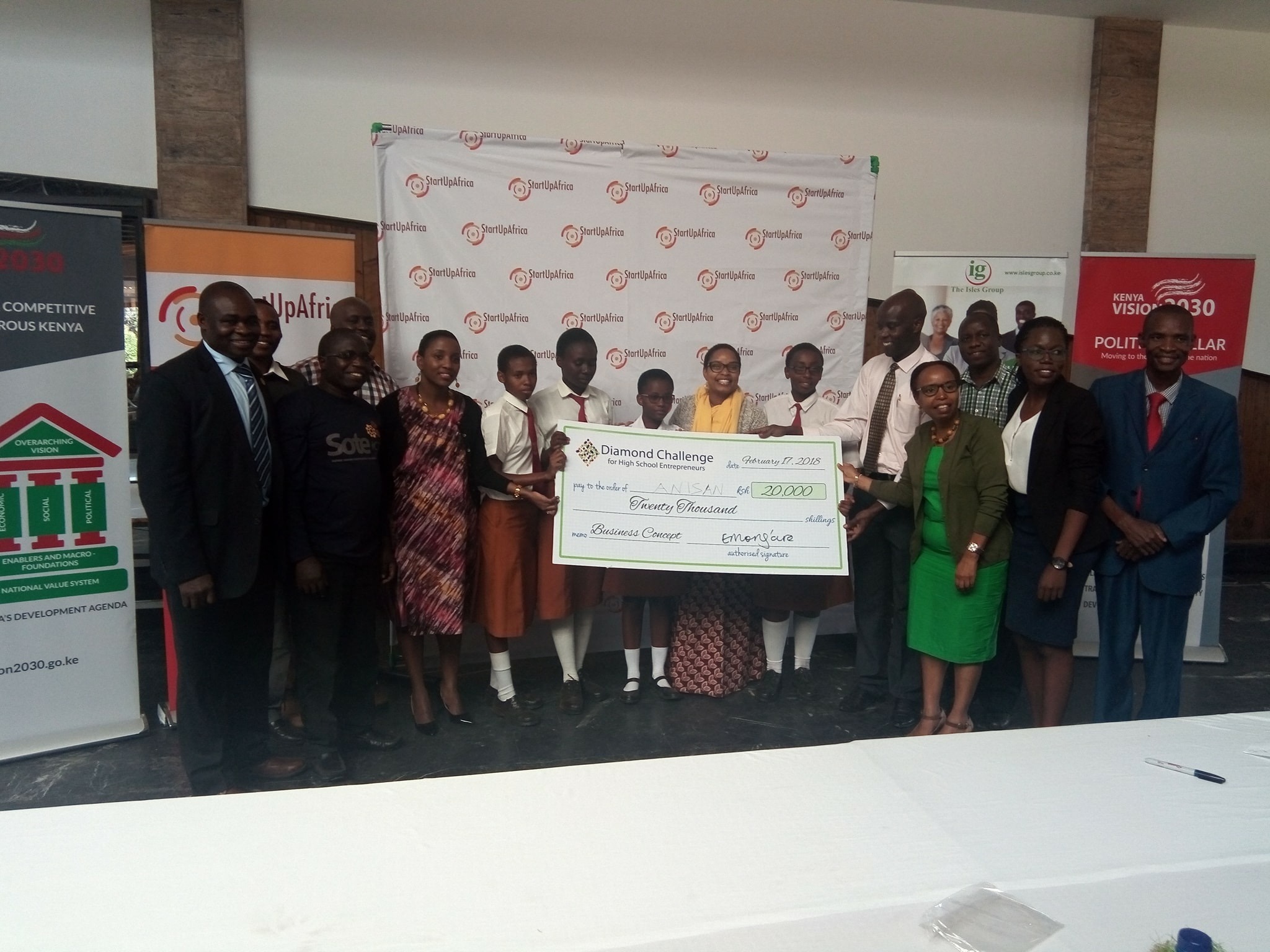 The winners receiving their prize at the Diamond Challenge for High School Entrepreneurs in Elgeyo Marakwet.

Collo on crossing over to gospel music

Harnessing the power of Big Data

Rise of the digital learning ecosystem