From betrothal in the village to classroom beauty: The story of Samburu girls

Girls in Samburu County are born with odds heavily stacked against them. Many of them hardly get a chance to pursue an education or experience the world beyond where they are born.

A tradition called child beading (aishontoyie saen) is the bane. To an outsider, the beads accentuate the beauty of the wearers but to those who know better, it is carries another story.

Child beading is a common cultural practice in the Samburu community. Samburu morans, young warriors aged between 15 and 35, are not allowed to marry.

Hence girls as young as nine are assigned to male relatives by use of red traditional beads, signifying ‘engagement’ for sexual purposes only.

The mother of the beaded girl, say traditional experts, builds a hut outside their manyattas where the male relative visits the beaded girl to engage in sexual activity anytime he wishes.

“Pregnancy and the use of contraceptives are forbidden”, says the Executive Director of the Samburu Girls Foundation Centre Dr Josephine Kulea

“In case pregnancy occurs, it has to be terminated by use of herbs or by crude abortion,” says Dr Kulea. “If the baby is born, it is given huge amounts of tobacco and abandoned in the forest because it is an outcast.”

But one organization has been turning the tide on this practice. The Samburu Girls Foundation Centre was conceived so that girls who get a chance or wish to escape tradition can find a home and pursue an education.

Rosella Joyce Lenanyokie was only nine years old when one morning she saw elderly men visit their homestead. The visits were repeated for two weeks in a row. “I was too young to understand what was going on,” she says.

It turned out that the visits were about her. The elderly men were visiting their homestead to arrange her early marriage.

“I remember; I had not even healed (from FGM). The man, 55, who had been decided by my father, came and took me. I did not even know the responsibility of being a wife. But I was forced to be a wife and milk the cows. I had been betrothed,” she said shyly.

Unlike other girls, Rosella did not escape the planned marriage. She is at the Centre by default. One morning, she happened to bump into Dr Kulea, who founded the Centre, while taking milk to her customers.

“I met ‘Mum’ Kulea in one of the county offices and she asked me if I wanted to go to school. I refused since I did not know the importance of education. The second time I met her, she insisted and I finally agreed. She took me back to school in 2011 and now I am in class seven,” Rosella says.

Eunice Naisenya’s case is no different. Only that she escaped after being married off to a 78-year-old man as a third wife while aged only nine. She had settled in as a ‘wife’ and was taking care of her husband’s large herd of cattle for four years before she escaped. 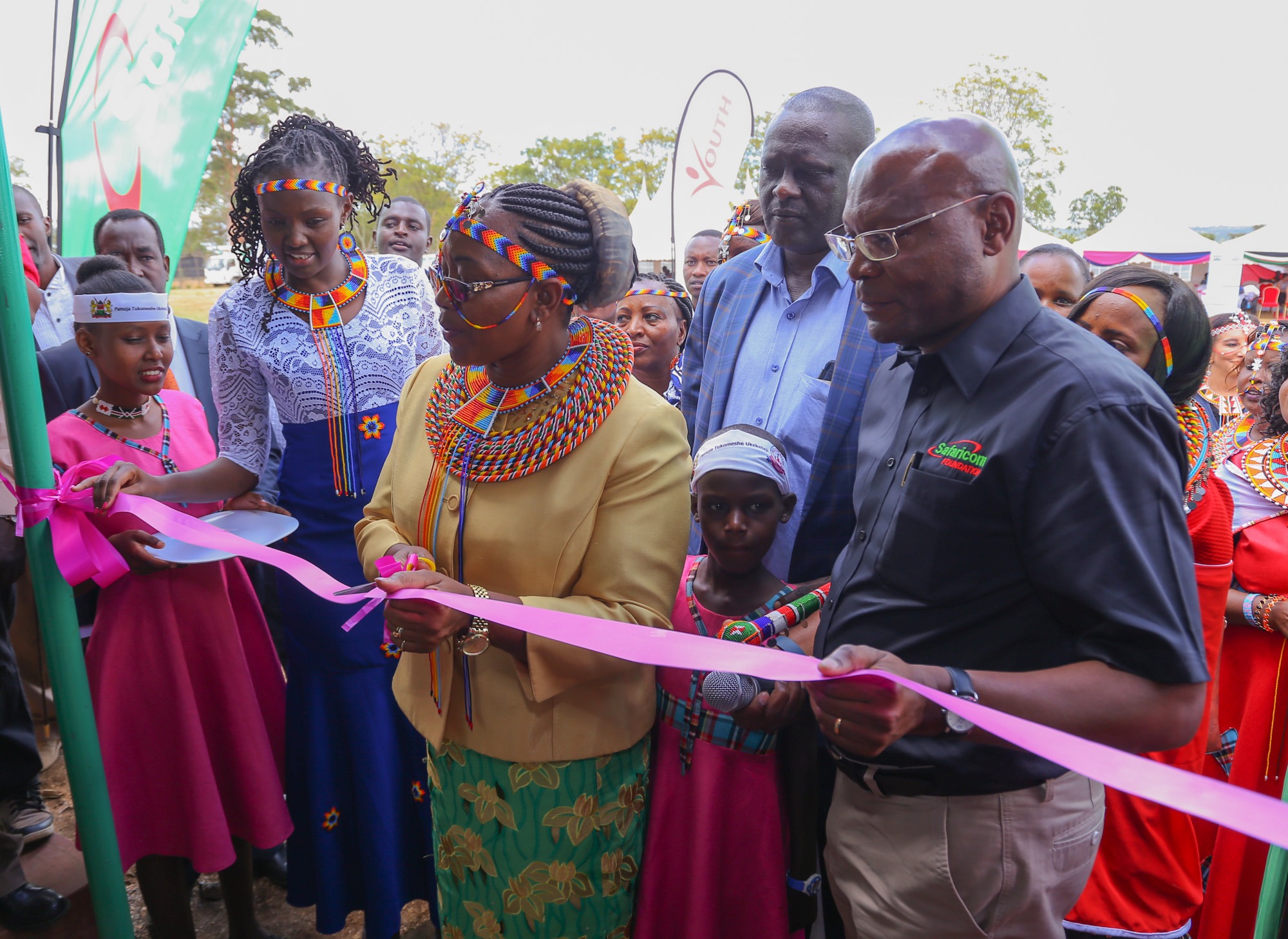 “I felt hopeless especially when I saw my age mates going to school while I took care of that man’s cows. But I am happy that I will now be sitting my exams this year. In fact, I will be among the first students to use these classrooms,” Naisenya said.

“I am so grateful to Safaricom because I also remember in 2015 they came to open a dormitory,” she said.

Their schoolmate, Sarafina Loriakwe had an even more harrowing experience. She was rescued by her primary school head teacher, after discovering that she was pregnant at the age of 14.

“I had so many challenges and I would be forced to leave school early. But just a few weeks to my KCPE exams, I experienced a miscarriage. It was a hard for me,” she says. “I have since recovered and I will be sitting my Form Four exams this year (2017),” says Loriakwe, who hopes to be a politician.

“It started from a personal experience. I would see my classmates drop out of school and get married. I also had to rescue my own cousins. So it started like a personal passion which has since grown into a bigger organisation,” Dr Kulea said. So far the organisation has rescued over 1,000 girls and are sponsoring 315 to get an education.

“Safaricom Foundation has supported us build the classrooms. We wrote a proposal and we managed to get four classrooms which we are officiating today,” Dr. Kulea

The function was officiated by Youth and Gender Cabinet Secretary Sicily Kariuki who said that the government is committed to fighting outlawed cultural practices.

“If we don’t support our women, that means leaving behind half or the country undeveloped,” she said.

Ogutu said that Safaricom Foundation is committed to ensuring that the center becomes the leading gateway for girls’ education in Samburu.

“And to the girls, my message to you today is never give up and never allow anyone to put you down. You are destined for greater things in life. Wouldn’t it be amazing to have the next Nobel Laureate from this school or even the future President of Kenya?” he said.