My 80 hectic days on the Home Fibre crew

As Kenyans retreated to their homes to escape Covid-19, demand and use of Home Fibre exploded. With his small team, Fredrick hops on to his wheelchair to connect new homes

When the story of Kenya’s experience with Covid-19 is written, the imposition of the ban on movement in and out of Nairobi, Mombasa, Kwale and Kilifi will likely mark a significant point, as it brought home the reality of the pandemic.

It was the end of March going into April 2020. A week earlier, the Kenyan government had unveiled a number of measures to limit the spread of Covid-19, encouraging people to stay home and restricting movement between dusk and dawn.

As people began to hunker down in their homes, members of one of the youngest teams at Safaricom, which ensures that your internet connection at home stays up began to notice an unusual spike in demand for the service.

Before Covid-19, the company would have an average of between 2,500 and 3,000 customers in a month asking to be connected.

“Covid-19 comes and the number shoots from about 5,500 to even 7,000 in one month in terms of active requests from customers,” said Fredrick Mwangi, who was at the time an Implementation Engineer on the Home Fibre team.

Leading a team of several Home Fibre engineers, Fredrick oversees the 11 contractors who roll out and maintain the fibre network and works with the teams who bring on board new customers.

“The first time the graph started growing was when the Government issued the directive for those who can to start working from home. The next time was when the cessation was announced and people started realising, they can’t go out a lot,” he says. 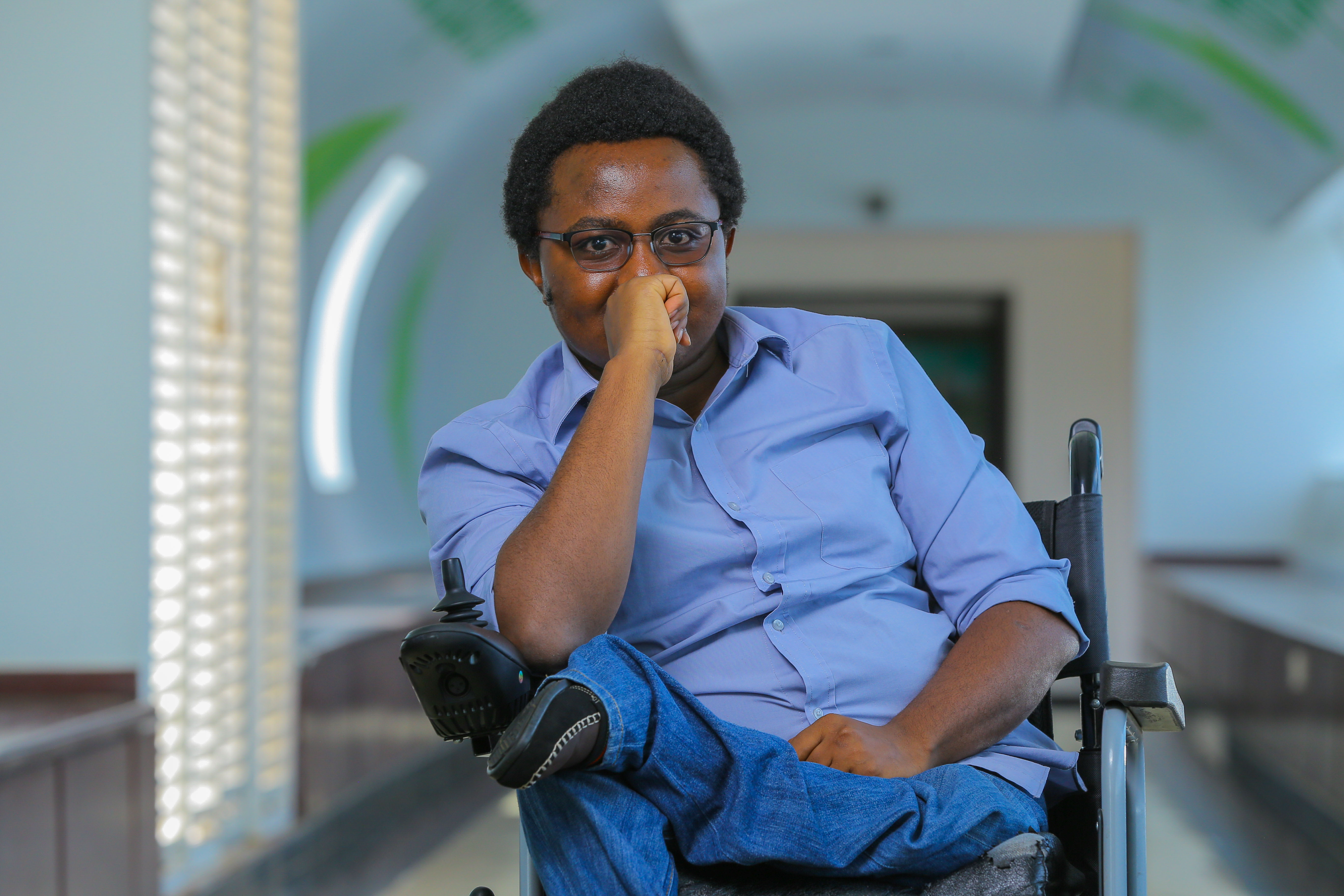 Soon, he would be making more than 100 calls a day – reassuring some, pleading with others, convincing a landlord to have his tenants get connected, ensuring routers were in the right place and helping technicians clear snags.

Safaricom Home Fibre initially began with a pilot in 2016 in Nyayo Estate, Embakasi and Jacaranda Gardens along Kamiti road, where with little ongoing development, it was a little easier to roll out the service. 100 homes would get connected during this pilot, giving little clue on what would come next.

Today, the service has exploded into popularity with more than 147,000 homes using it.

Back at his desk, Fredrick realised that he would have to marshal resources for the task ahead, ensuring that there were enough technicians to connect new customers within the restricted working hours, and that they had sufficient protection as a pandemic raged.

Home Fibre technicians were each provided with sanitiser, gloves, a daily supply of surgical masks, and overalls. They were then trained on how to ensure they properly use these new work tools to protect themselves and customers.

“For operational work, every day, our technicians all log their temperature and take tool box talks – a session where we remind them of what they need to do to prevent infection with Covid-19,” Fredrick explains. 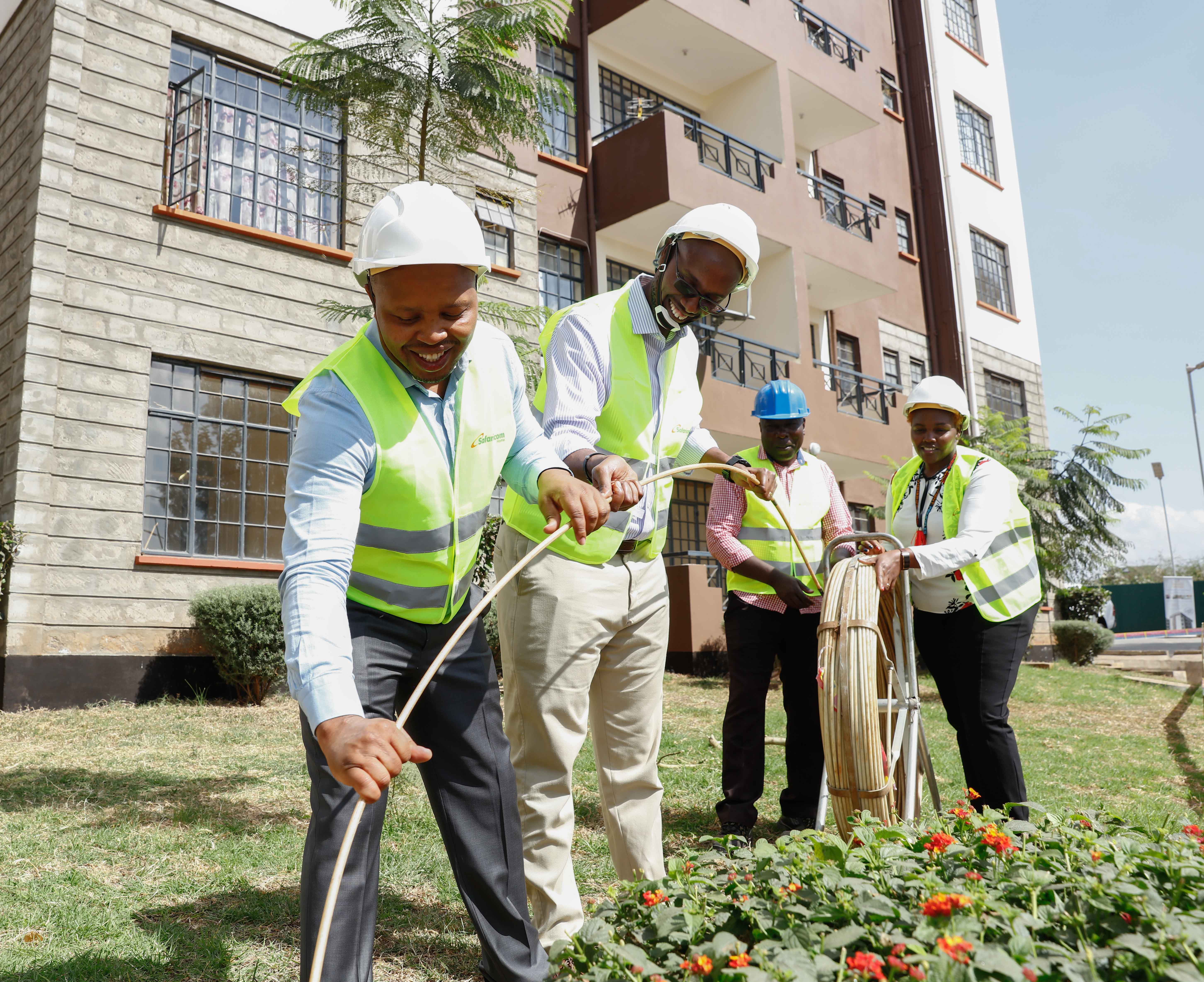 Fredrick and the team would eventually discover that coming up with ways to protect the workers was the easier part.

“Most countries were also on lockdown and most of the things we use for fibre rollout are not manufactured here. They are imported. One thing that took us a step back was the supply of materials,” said Fredrick.

With China on lockdown, there were no routers or cables coming to Kenya.

The team resorted to refurbishing old routers, reusing them, and mapping and finding customers who were holding on to dormant routers. Still, there was at one point a backlog of more than 4,000 requests as engineers worked around the clock to make the connections.

The decision to double the bandwidth for existing customers was also made, and it drew more customers and increased usage. Those who could not be linked within 48 hours were given free bundles to tide them over the delay.

The demand has increased exponentially with the pandemic and the amount of internet traffic carried on Safaricom’s Home Fibre goes over 1,400 Terabytes (1.4 million Gigabytes) daily. To consume that amount of data on your phone, it would take you just over 284 years of continuously streaming video!

At a personal level, Fredrick and the team had to make sacrifices.

His role also entailed working with stakeholders such as road agencies, water and sewerage utilities, the planning departments of county governments, landlords and caretakers, and estate chairpersons.

When the demand shot up, it meant longer working hours and a phone that rang off the hook as colleagues, customers and technicians reached out for assistance.

“For me it was about getting out of my comfort zone, getting out of my house, taking precautions and visiting as many of these places that are affected as necessary. Home Fibre is still relatively new to many and we have to explain to landlords and caretakers how our service works and that it is actually a benefit,” he said.

As a team leader, Fredrick realised early on that it made no sense to sit at his desk, watch the numbers and make calls. He would often hop on his motorised wheelchair and, in his words, cruise around.

At the peak of the busy season, he said, he did the math and realised he had handled 121 calls in a day during one of the marathon weeks. “That makes you a walking booth, a walking call centre,” he recalled.

It also helped that the company allowed him to work with flexible working hours and has made it possible to work from home, the office, or even while on the sites.

“Safaricom has also provided a very supportive team and I really appreciate them. When we go to the places I might not be able to access on my own – like an apartment that does not have a lift, and our equipment is on the top – I have resources with me. Sometimes it’s even an intern but I will also have our own engineers with me,” he said.

Things have slowed down a bit for Fredrick over the last two months as he has taken on a new role but when he reflects on his experience, he has learnt to work under pressure and to take time to decompress and to switch his work phone off on his off days.

The effort has not been in vain. At the time he spoke to the Newsroom, 80 days into the Kenyan version of the lockdown, the number of customers on FTTH were headed to 160,000. The requests were still growing.

Stress management at the workplace and beyond

Collo on crossing over to gospel music

In a rapidly changing job market, the youth can look to the future with hope

How Safaricom is powering Kenya's future through technology