Bob will be fondly remembered not just for his rich legacy, but for the special way he made a difference in people's lives.

For those he interacted with closely in his time at Safaricom, Bob Collymore’s humility was like a striking garment that he was always clad in. It stood out whether he was in a boardroom or out in the open.

Bob often surprised George Osiri, his bodyguard, who would often double as his driver, and he recalled in an interview last week how Bob caught them off-guard while on a trip to the Coast.

He was accompanied on the trip by his wife Wambui and they wanted to go for dinner.

“They insisted on going alone and took a tuktuk yet we had a vehicle at their disposal. When they became adamant about going alone, we asked that they at least tell us where they were going so that we know how to position ourselves and watch from a distance,” George recalled. 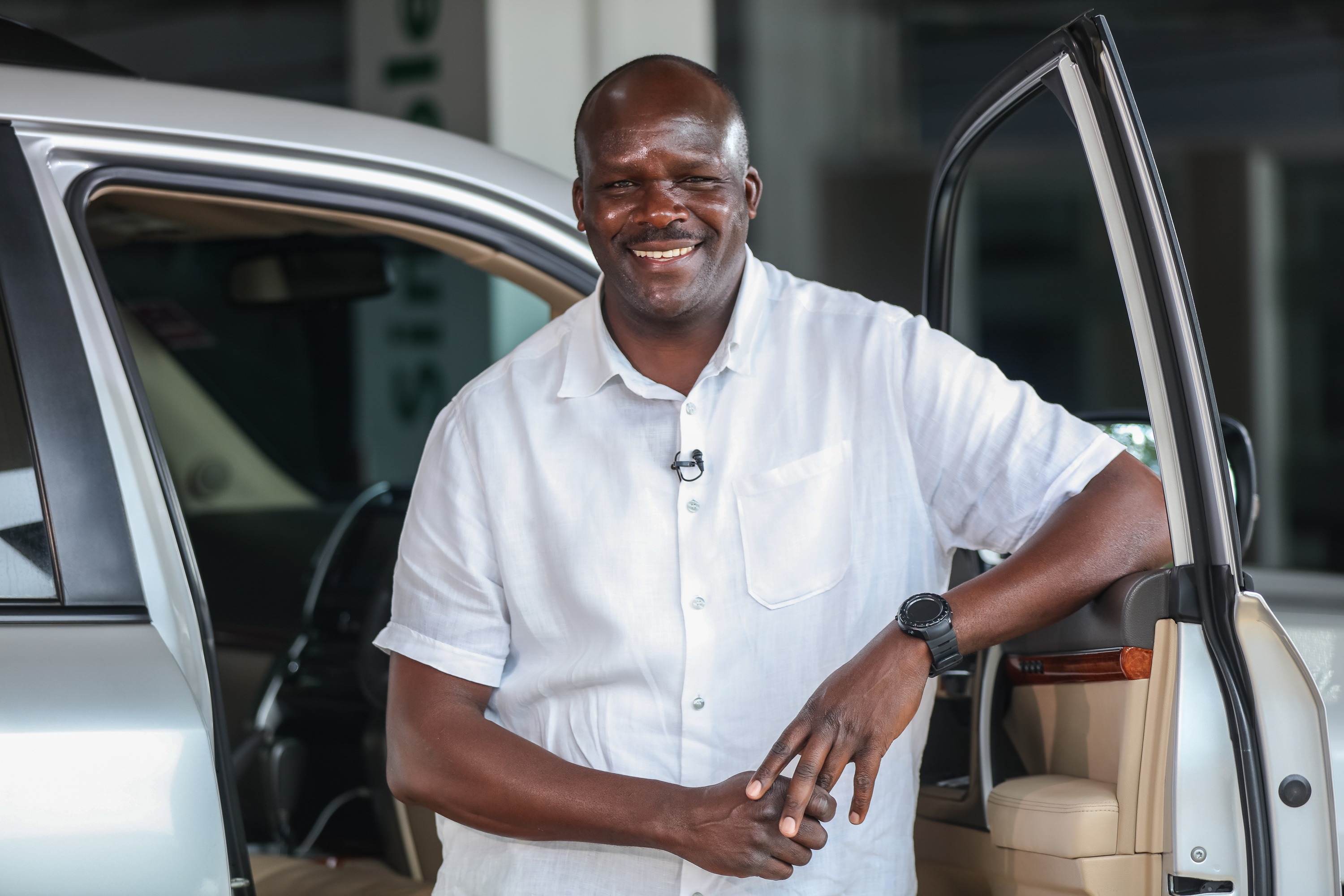 After spending hundreds of hours chauffeuring him between his home and the office and many other engagements, Kennedy Nene described his former boss as an ‘easy, humble guy’ who preferred having the car radio tuned to BBC.

They had first met when Kennedy, then working for a tour and travel firm, drove Bob while on a trip to Western Kenya. Soon after, Safaricom was hiring drivers, including one for the CEO. Kennedy applied and at the tail end of the interviews, went in for a session with Bob.

“He remembered me and insisted that I be the one to drive him,” Kennedy says. This marked the beginning of a closeness that went on to the time of Bob’s demise. 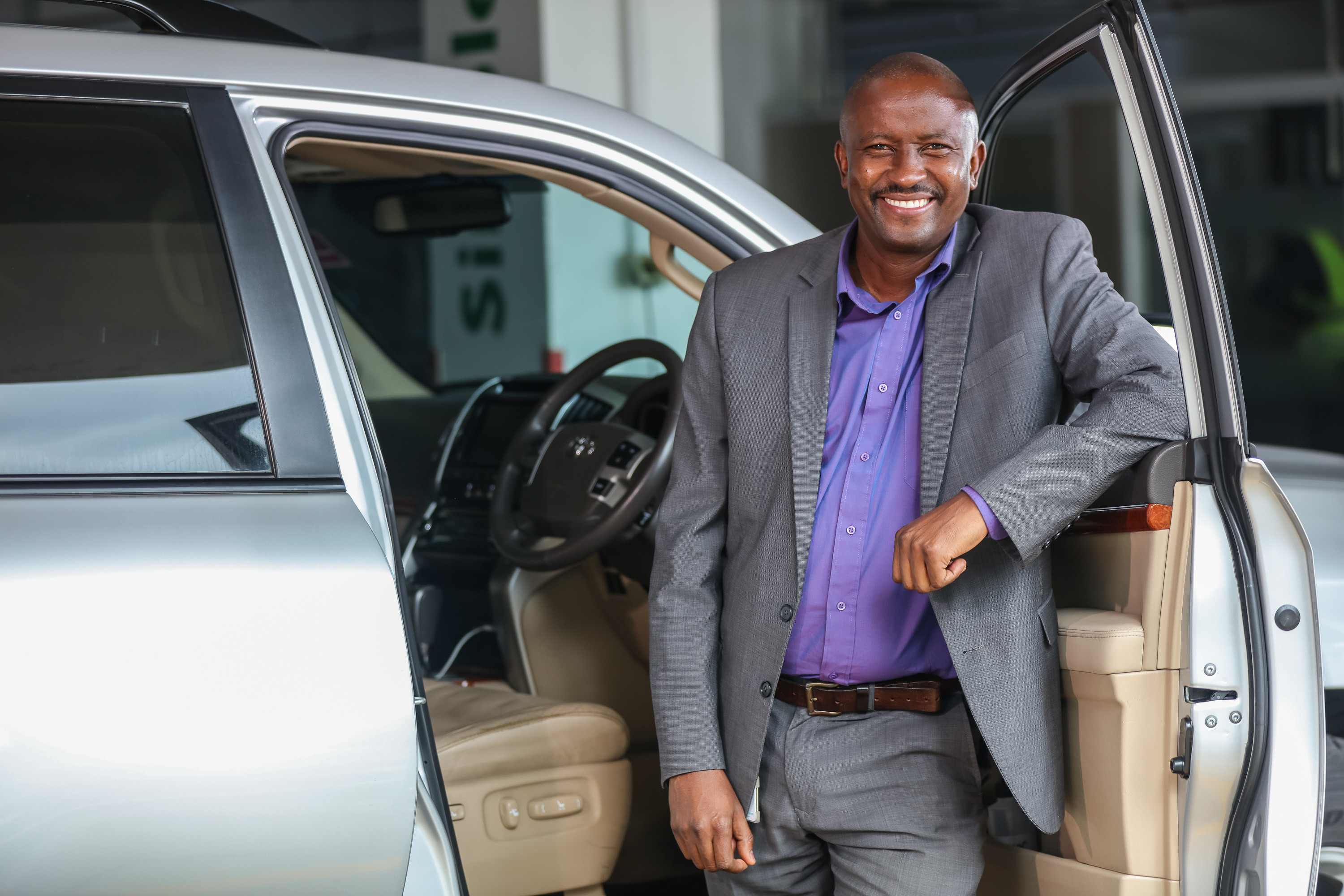 Kennedy Nene met Bob Collymore while working for a tour and travel company. He later became his driver until Bob’s passing.

This was how Bob lived his life, creating lasting bonds with all people. Joe Ogutu, the Chairman of the Safaricom Foundation, knows this too well. He was not only a fellow senior executive at the firm, but also cultivated close friendship with the man he describes as a ‘transformative and visionary leader’.

“Bob was a caring human being. He was not consumed by the trappings of office and the desire to show off because of his position. He was a decent and authentic human. I remember him going to Buruburu and Dandora to visit Juliani and other friends. This demonstrates his humanness and using the office to benefit humanity,” says Joe, who is also the Chief Special Projects Officer at Safaricom.

Elizabeth Njoroge, the Executive Director of Art of Music, recalled Bob’s emphasis on inclusivity as they worked together to establish the Safaricom Youth Orchestra.

“He did not want the orchestra to comprise purely of children from one social strata. He wanted the orchestra to be something that united the children,” says Elizabeth.  In music, Bob’s keen pursuit of inclusivity and love for children mixed. He supported Ghetto Classics, a programme that brings music to children in informal settlements.

“Just like with the youth orchestra, he knew all the children. He opened himself up to them in a way you would not expect the CEO of a big company to do. He dropped all his walls when it came to the players at Ghetto Classics. He gave out his personal phone number, remembered upcoming life events, helped design life goals and was a friend, adopted father and mentor to whoever he felt needed it. He was invested and that made all the difference,” Elizabeth recalls.

To honor his memory, the graduating Safaricom Youth Orchestra class recorded a rendition of ‘Smile’ by Nat King Cole in Bob’s honor.

Making a difference in other people’s lives drove Bob. When Safaricom joined the Thrive Programme, which teaches people the skills and resources to overcome mental health issues, he was Joe’s accountability partner for changes they both committed to improve their lives. Bob encouraged Joe not to get attached to his gadgets to the point of having them by his bedside so as to sleep well.

“To date, I keep no devices next to my bed. If my phone rings during the night, I only return the call when I wake up. This is the reason the team could not reach me when they tried looking for me when Bob passed on,” Joe recalls.

One of the things he is best remembered for is his commitment to the welfare of Safaricom staff, which saw him dedicate Friday afternoons to engage one-on-one on matters beneficial to the organisation. 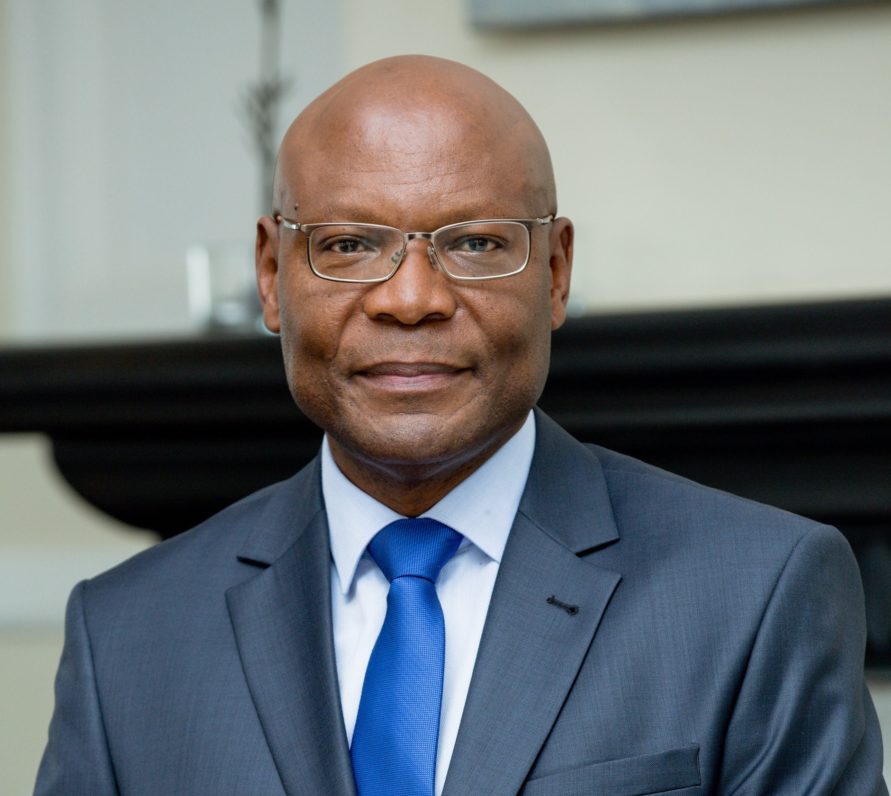 Joe Ogutu, the Chairman of the Safaricom Foundation.

“When he started, some questioned how sustainable it would be. Staff always looked forward to these sessions. He encouraged them to come with their children, and followed up their progress. Bob greatly loved people, and particularly those he led. He put us first in every decision he made. He was very human,” says Joe.

Bob’s predecessor at Safaricom, Michael Joseph, admits having fond memories, and that a day barely passes without reminiscing.

“Every day I am reminded of the relationship I had with Bob. Of his humour, style, and dress sense. It is a good memory. He gave me a sense of humility and understanding and also admiration of his courage during the time he was struggling with the disease. He gave me the sense that in times of adversity you can have courage and still have a sense of humour,” Michael says.

He adds: “I remember going to see him in hospital. Every time without fail, I found him impeccably dressed, styled and colour-matching. He always remarked about my lack of dress sense. I remember his lack of ability to dance properly,” Michael adds.

Can women really have it all?

I made KSh5 million from a savings challenge, and I’m giving it back