The first day of the annual devolution conference was marked by a friendly football match between governors and their deputies, and senators.

The match took place at Bukhungu Stadium in Kakamega County.

The stadium has a rich history that dates back to the early 1950s when funds were set aside for the construction of a public space for the Abaluhya, where collective community decisions could be made, so was born what is today known as Bukhungu Stadium – now the sanctuary of political meetings and sports.

For more than 60 years, the now multi-purpose Bukhungu Stadium has earned its place in history living up to the dream of its founders as a public space where everyone could speak their mind regardless of social status. It was also here that collective communal decisions were made, although at best it was the elders who made those decisions as per the Luhya traditions.

Funds to build Bukhungu Stadium had been taken from the African District Council Funds and a construction unit was sent to Kakamega from Kisumu, then the headquarters of the larger Nyanza province, from the middle of July 1950 to the middle of November. 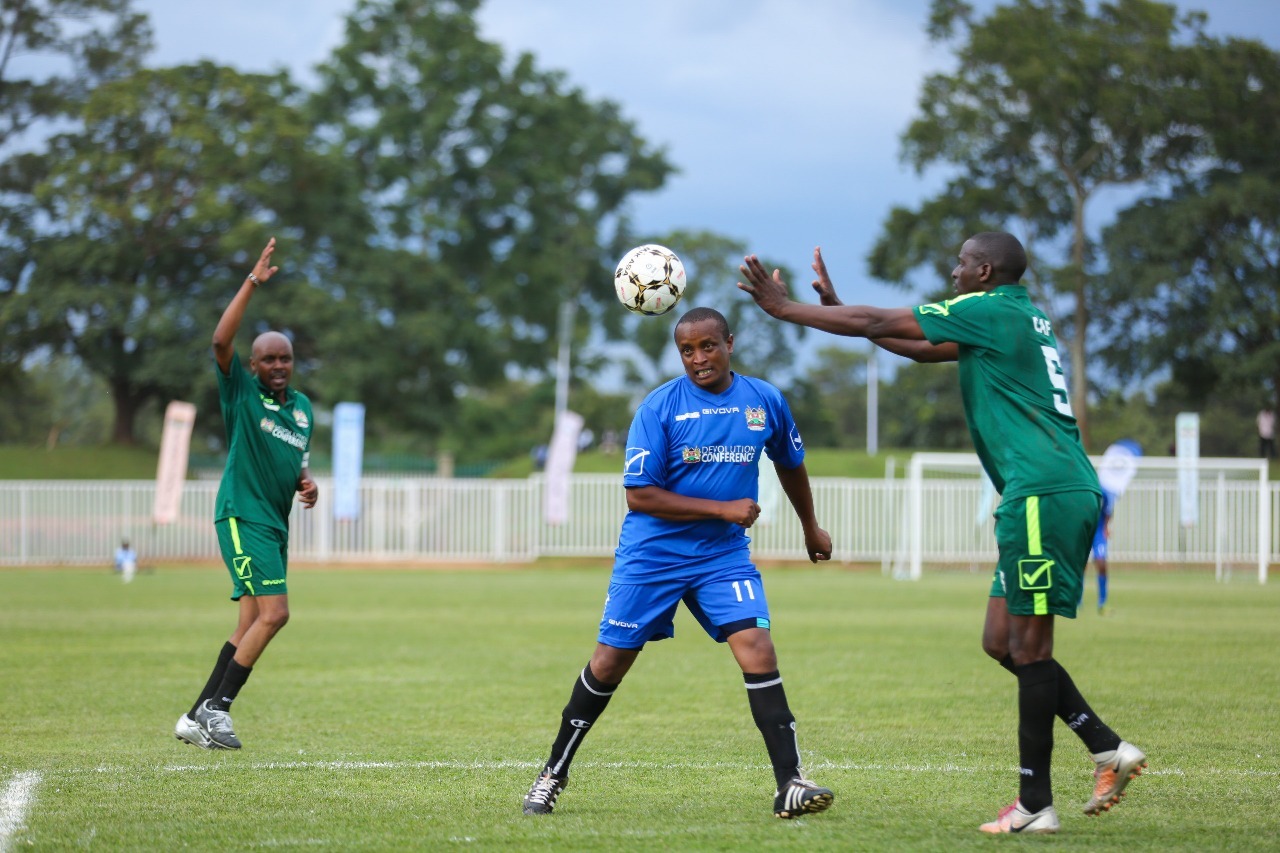 Senators and governors challenged each other during a friendly match at Bukhungu Stadium to mark the beginning of the 5th Annual Devolution Conference.

It was also the period that another stadium was coming up in Bungoma at Kanduyi and which was being built by Elgon Nyanza African District Council. Most of these grounds were later used for political rallies besides becoming grounds for football matches where talent for national football teams was spotted.

It was at Bukhungu Stadium that President Jomo Kenyatta announced that Kakamega would become the headquarters of the new Western Province in July 1969.

He also confirmed that the new province would have a new paper factory at Broderick Falls (now Webuye) and he challenged the residents and leaders of Western Province to get a local name to replace the colonial Broderick Falls, which was the name imposed on the railway station, at what is today’s Webuye, after a European who had settled the area around 1926 when the railway line to Uganda was under construction. It was in 1969 that Bukhungu Stadium hosted the first agricultural show in the area drawing participants from Bungoma, Busia and Kakamega between January 31 and February 1. The show was opened by President Jomo Kenyatta, who was also the patron of the Agricultural Society of Kenya.

For politics, most of the popularity contests were done at Bukhungu Stadium and all Luhya politicians saw the stadium as an important ground for their progress.

It is also here where most pronouncements on unity have been made by various veteran politicians since the days of Moses Mudavadi, Martin Shikuku, James Osogo, Masinde Muliro among others. It was here they would either agree to disagree or pledge loyalty to government. Fans cheer on senators and governors during the friendly match.

Most of the epic football teams of the 70s and 80s from Western Kenya used Bukhungu as their training ground. But for the last two decades Bukhungu has not seen top flight football since the fall of MoW FC (Ministry Of Works) and MOTCOM FC (Ministry of Transport and Communication) which had given the stadium a name to reckon with.

Today, Western Stima Football Club play their home games at the Bukhungu Stadium and since the completion of Bukhungu Stadium in 2017 it has started attracting major tournaments since it can hold more than 5,000 spectators.

For sports and politics in Western Kenya, Bukhungu still roars.

Harnessing the power of film to change the African story