A boy, a box, and a future in music

As a recent graduate of the Safaricom Youth Orchestra, Stephen Ongoma is paying it forward by teaching children the basics of playing violin.

Stephen Ongoma happened upon his musical path during a Monday morning parade as a pupil at St. Clare Primary School, Korogocho.

The school had organised a special performance of the National Anthem by the Ghetto Classics, a community-based programme that aims to transform lives of children in informal settlements through music, knowledge and skills.

As they played, Stephen was awed by the range of instruments on display. It was at that moment that he knew he wanted to enter the world of music.

That was five years ago.

Stephen, who finished his secondary school studies in 2019, has played the violin for five years with Ghetto Classics and the Safaricom Youth Orchestra.

He was one of the graduates of the Safaricom Youth Orchestra in June. As they were sent forth, with the power to compose music, another musical idea that had been ringing in his mind was coming alive.

An idea that came about by observing the children in his neighbourhood who were idle all day with schools closed due to the pandemic.

He saw this as an opportunity to teach them how to play musical instruments. This was spurred by his own experience.
He began playing the violin at the age of 15 and feels that he could have much better at it had he started early.

A lesson he picked from his own classes: the earlier music instructions begins, the better.

The human brain is still in its formative stages between ages three and seven a time when there is improved attention and a working sharpened memory, reasoning, self-discipline and emotional attachments develop.

He asked his instructor for advice on the best approach to teach children the basics of playing violin. After brainstorming and several ideas later, the Box Violin Project was born in June.

It was a violin crafted from a carton box and a stick improvised into a bow. He has since built three more boxes customized to the size and age of his students. 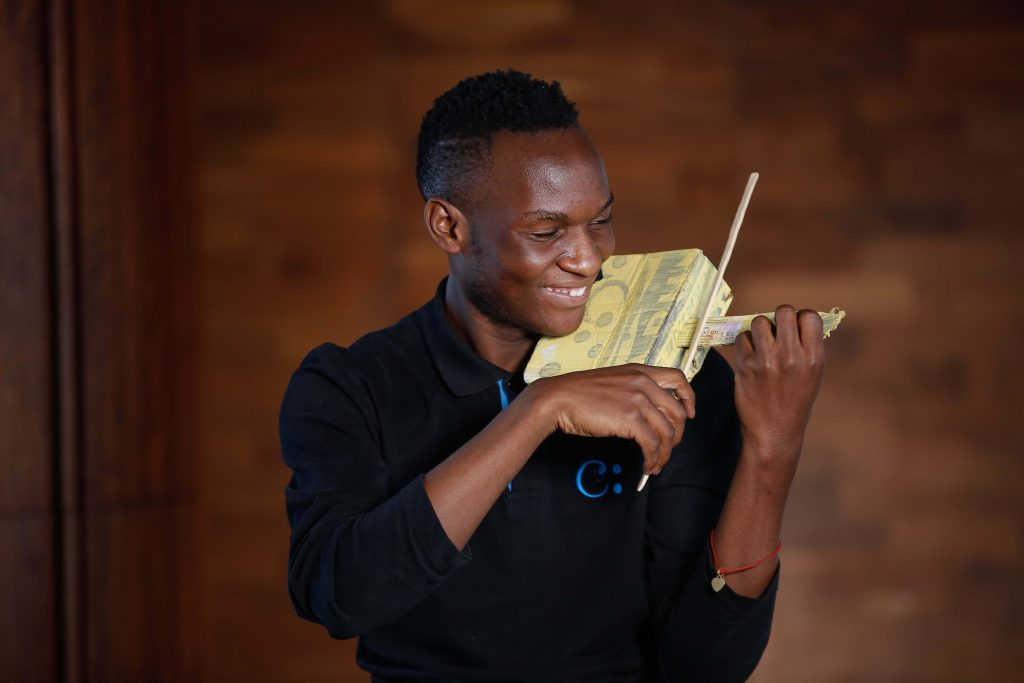 The box violin has made his weekly classes with four students—ages three to 10—lively and useful to teach the basics of playing the actual instrument. Such as correct posture, how to handle a bow, discipline with taking care of their box violins, the movements of playing. His students also learn the art of performance which he demonstrates using his own real violin, which the children marvel at.

Listen to how Stephen is using the Box Violin Project to bring closer the musical world to children. 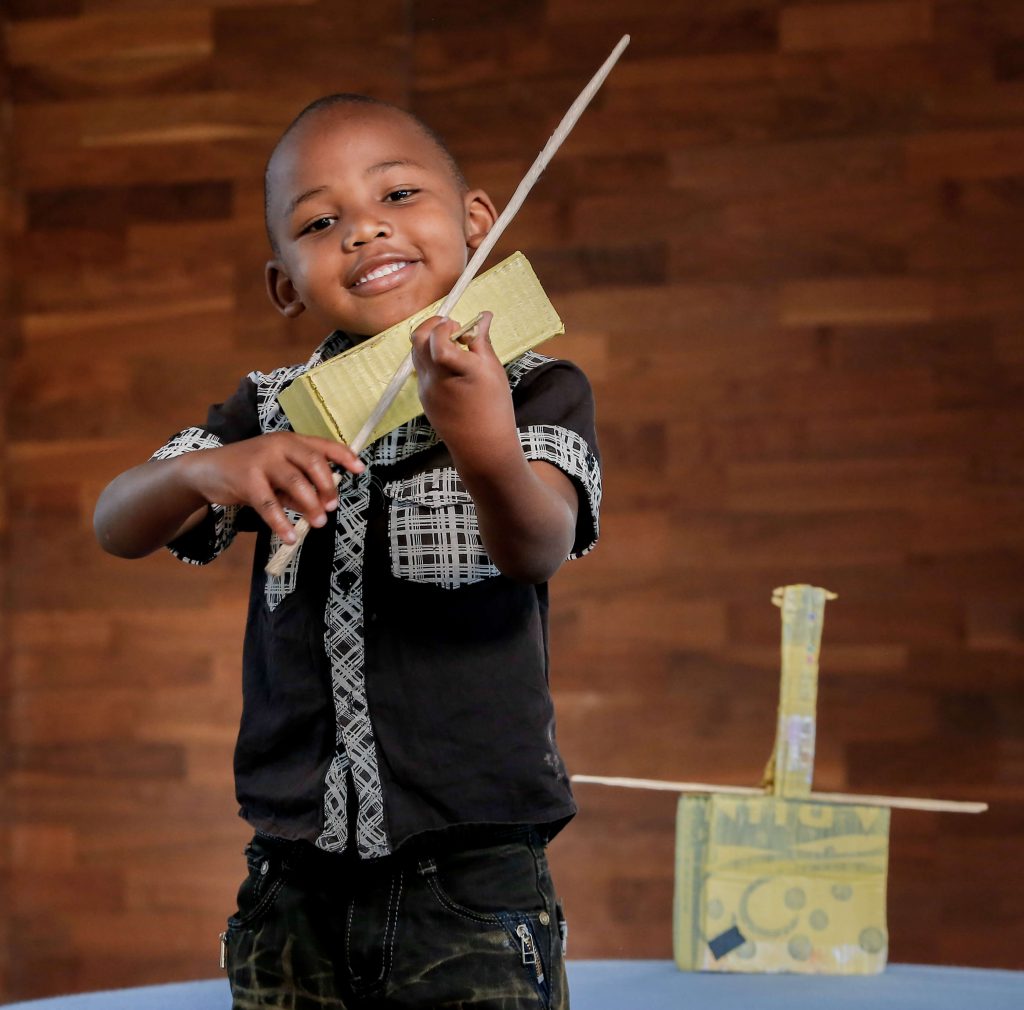 Six year old Magingi Yosefu is one of the children learning how to play the violin under Stephen’s tutelage.

With his violin and bow in hand, Stephen is determined to nurture the next generation of violinists as he believes music offers the best opportunity for breakaway opportunity to improve lives and livelihoods of children in informal settlements.

Restoring hope, one camp at a time

Here’s how you can study for free online